Zhanna Popova: The Next Step Is Not To Need Freedom of Speech

This is the first time we have seen such a strong blow to the freedom of opinion, not of the media. This was stated in the "Hristo Botev" “Network” broadcast by Assoc. Prof. Zhanna Popova, Lecturer in Television and Radio Journalism at the Faculty of Journalism and Mass Communication.

Blow with a microphone as proof of freedom of speech

"Public figures are extremely important when designing the way we talk,

because of all possible ways of expressing your freedom of speech, our Prime Minister has chosen the hit with the microphone as a proof that we have freedom of expression. In addition, I have been looking for a long time for arguments in favor of the fact that the rulers are asking us to limit our talking right at this moment, because it will save us. There is no such hypothesis. The fact that a representative of a branch organization will be sanctioned will not change our fears in any way. In this way, freedom of speech cannot be opposed to the fact that we will survive. There is no such guarantee and no one can give it. "

What to keep silent about

"There is no bad language with Mr. Tsonev, there are bad practices. I would also like to recall an interview on public radio with the Minister of Finance, in which he said that now was not the time to talk about democracy. The next step is that we don't need freedom of speech. This is not true and we must constantly show that freedom of speech is in fact freedom of opinion and of the press. And Mr. Tsonev, who has a very high regard for the media, who knows all the stools there, has very often shown that he does not need a crisis situation to speak about the media or rather against it. For the first time, however, we have seen such a strong blow not against freedom of the media, but of opinion. "

The case of the terrorist media

"For such statements, the case is simple, because pluralism is an important thing, and we have a long debate on this topic back in time. That is, if a program is publicistic, then it must certainly include another point of view and another interlocutor to oppose or agree but to stand opinions. If the broadcast is up-to-date, it must enable the accused to defend themselves.

But what do we as a society gain from such a way of doing journalism? Our journalism in this case has been turned into ping-pong merely-the media of this one, the media of that one, and the landscape remains extremely poor. Mr Mavrodiev is entitled to his own opinion, he can call anyone the way he wants. But the media has to seek feedback like a right of reply, etc."

How not to "catch" a dictatorship

"We don't have to worry about uttering the word “problem”. Because we have changed the meaning of the word “fear”. Suddenly everything got scary. It is normal for many people to be anxious, but it is not  fear, because there is no panic in society” - summarized Assoc. Prof. Zhanna Popova. 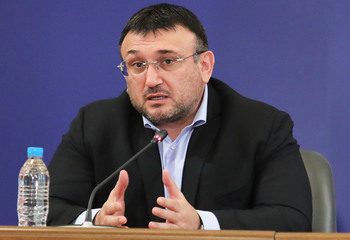 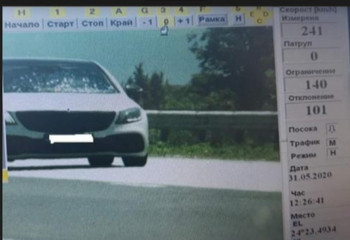