There is a growing perception that the world has confidently entered the 21st century and is moving forward while we "progress" in the opposite direction. For 30 years of democracy, we have not only closed a full circle, we have even gone down the spiral.

During this time, state institutions have eroded and many of their functions are being seized by one person who decides, orders, allocates funds, administers retribution and justice. That is, he is the legislative, executive and judicial authority at the same time.

In fact, have you seen Prime Minister Boyko Borisov personally tackle the problems of protesting nurses while for months his subordinate Minister have failed to do so? Yes, he is not a health care professional, but he heard their complaints with profound understanding, ordered more money to be paid, and checks to begin.

The checks are arrowed towards the physicians and the high salaries they are paid (though most of them, especially in the countryside, receive insultingly low incomes). And, as for the money, it is to block the next loophole and not to make a fuss under the windows of the Council of Ministers.

The sisters were eventually promised a starting salary of BGN 950, but this is unlikely to happen. A few months ago, the cabinet voted BGN 50 million, which were then reduced to 6 million, this sum did not reach the medical workers, it was used to cover the accumulated hospital debts.

The finance minister is now likely to be ordered to find the promised money at the expense of some other social group, which will also put up tents under the Prime Minister's terrace in a month or two. The worst part, though, is that with this “financial patchwork”, health problems will not be resolved, they will continue to deepen.

It is good that the prime minister decides who will receive and whom will be picked from, but where are the competent institutions with the appropriate estimates?. Where are the ministers, where are the experts and specialists among our huge army of civil servants?

If Boyko Borisov gives orders of what and how a job must be done, why should we feed this administration and why should we increase its remunerations by 10 percent each year? Why do we need all these agencies, commissions and other bodies which look him straight in the eye, waiting for a sign of action to be done?

The prime minister is pushing for adopting legislative changes - as was the case with the reduction of party subsidies in the middle of the year with a bill, written and submitted in the last minute. Again, it is he, who  rushes to  wrongly voted legislative decisions and takes back his parliamentary group in plenary  to revote  the just voted... To put it in general, if it were not for Boyko Borisov, one is not aware of how the parliament and this country would function. He himself claims that in the years before GERB there were only bare meadows and mud.

Isn't it high time we amended the Constitution, stating that Boyko Borisov will rule us until he gets bored with us, quoting his (and Orban's) apologist Georgi Markov - an outspoken UDF member years ago and now -  a meek deputy of GERB. 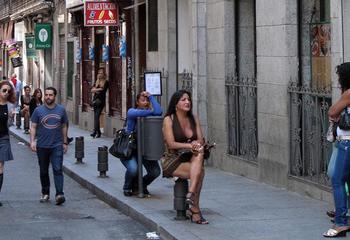