A few days ago (October 23), the so-called Venice Commission graded the "picture description", known as "GERB's project for a new constitution of the Republic of Bulgaria" with D. According to the official information disseminated by BTA, "the opinion was prepared at the request of the Bulgarian side and was voted on November 20. It is interim and adopted by emergency procedure ..."

Stop, stop! In order to make it clear what lies behind the word 'opinion adopted by emergency procedure', we must first explain what a miracle the European institution in question is. Its official name is the European Commission for “Democracy through Law”, it was established in 1990 and is an advisory body on constitutional law of the Council of Europe (EC). It involves one representative from each CE member state - a total of 47, plus Algeria, Brazil, Israel, the Republic of Korea, Kyrgyzstan, Morocco, Mexico, Peru, Tunisia and Chile. Belarus is an associate member of the commission, and observers are Argentina, the Vatican, Kazakhstan, Canada, the United States, Uruguay and Japan.

A few more important things need to be recalled:

- the Commission is not an institution of the European Union;

- it is assembled in full four times a year and the sessions are held in Venice as a general rule;

- its conclusions are used by the Parliamentary Assembly of the Council of Europe (PACE) in the form of European standards in the field of democracy.

Three are three "anchor points" on which the critical remarks of the "Venetians" are based: the draft new constitution has been submitted to parliament without the mandatory broad public and expert discussion, it lacks even the idea of solving the biggest problem in the judiciary – the inaccessibility, unaccountability and authority of the Prosecutor General, the reduction of MPs to 120 people is rather a product of an accidental notion.

There are two more "anchors" there but they have a positive taste.

One is dedicated to the closure of The Supreme Judicial Council as we have known it since 1994 - a single supreme and administrative body of the judiciary, and in its modified version of 2015 - a judicial college, a prosecutor's college and a plenum (i.e. a general meeting). According to the still anonymous authors of the draft new constitution, the councils must be two - judicial and prosecutorial, each of them is completely independent of the other.

With the second anchor point, the Venice Commission delicately recommends... the closure of the Supreme Administrative Prosecutor's Office and the limitation of state prosecution within the field of criminal (i.e. penal) law only.

If we are to get into the stylistics of the traditionally opposition media, it should be noted with masochistic pleasure that one of the most important "tools" of the Council of Europe has blown into pieces the ruling back stage's clumsy attempt to lie to the democratic world that it wants to reform the Bulgarian judiciary.

If we are to be in the shoes of the pro-government media megaphones, we would come up with something like this with sadistic satisfaction: in principle, the Venice Commission liked the draft new constitution, but made two or three constructive criticisms in principle.

"The BANKER" has been what it is for 27 years now and nothing can make us say bright is dark and vice versa. That's why we'll put it bluntly: the so-called “ draft new constitution, composed God knows when and by whom is a poorly designed compilation of junk and long-forgotten ideas, plus even worse interpreted provisions of the current basic law and - as if for fragrance - a pinch of "claims" from our Brussels supervisors from the pre-accession era 17-18 years ago.

Undoubtedly, the ​​creating of two independent Councils – judicial and prosecutorial is the most "ancient" idea. According to some more memorable "fathers" of the constitution, debates on this topic were going on in the Grand National Assembly (July 10, 1990 - October 2, 1991). However, it was first officially launched in early February 2005 by the then President of the Supreme Court of Cassation Ivan Grigorov. The reason is the scandal that broke out between him and The Prosecutor General Nikola Filchev.


In 2014-2015, the then Minister of Justice Hristo Ivanov managed to impose the division of the SJC, but only to a certain extent. The long-awaited reform turned out to be ersatz: after the tripartition of the SJC, the prosecutorial board started working like a machine under the dictation of the chief prosecutor, of course, while two-thirds of the judiciary's workday began to slip. As for the plenary of the SJC - its existence is something of a dotted line – it works a week, it runs in place the next one.

At first glance, the logic of division is ironclad: prosecutors are a party to the trial, thus, it's wrong for them to choose judges. Conversely, there is no way that arbitrators can demote, promote or fire state accusers. However, things look quite different at second reading because lawyers are also a party to the trial, but they have the right to cast both judges and prosecutors. What if tomorrow a ruling political force emerges that fills the parliamentary quotas in the SJC (11 people in total) with attorneys only?

We have written it before but just in case we will recall it again. The great battle of the judges is not only for cadre but also for financial detachment from prosecutors because the courts generate Temida's own revenue while the state prosecution spends it. And when it comes to BGN 100 million yearly, the effort is really worth it...

The issue of the so-called unaccountability of the Prosecutor General is also not very relevant.

The case of the untouchability of the Prosecutor General is no less obsolete. And more precisely - with the impossibility to investigate him in case of need.

The untouchability of the Prosecutor General is no less obsolete, more precisely - the impossibility to investigate him in case of need.

According to the "Venetians", this problem can be solved by introducing the institute of the independent prosecutor which they've been recommending for at least two years.

In July this year, the Constitutional Court announced that there was no obstacle for the possible criminal acts of Accuser No 1 to be investigated by "ordinary" prosecutors because in their work they obey the law only.

According to our humble opinion, this problem could have been solved 15-16 years ago in an astonishingly painless way: instead of liquidating the National Investigative Service with the backing efforts of the UDF, NMSS, MRF, BSP and GERB, two-thirds of the investigators had to be made redundant and the remaining 250 "promoted " as independent judge-investigators as in France and Spain, for example.

Alas, then we preferred the Bulgarian way with such force that today no one can help us. 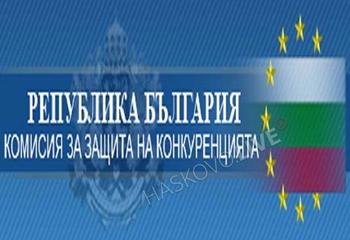