"We saw what happened in the second quarter as a result of the first wave of coronavirus and the closure of many businesses. There has been a drop of 8.5% in gross domestic product. That's not what we've had in this century. There was only a bigger one in the '90s. Such a failure should not be allowed again.” This was stated by the President of the Bulgarian Industrial Capital Association (BICA) Vasil Velev.

The chairman of the BICA pointed out that the economy began to recover in the third quarter of the year and the decline reached 5%.

"The road of recovery was expected to continue in the fourth quarter. It would be a mistake if closed businesses were not compensated immediately, not as was the case after the first wave - businesses have not been compensated yet.

Only BGN 173 million out of the announced BGN 1 billion has reached the micro-enterprises, the measure has not launched yet for the smaller ones. The money will be diverted and will not be allocated at all. The compensation for April and May losses has not begun," Velev said in an interview with Nova TV.

He also commented on the measure announced by Deputy Prime Minister Tomislav Donchev for closing businesses.

"There will be three mistakes in the way the measure is offered. All employers' organizations insist that no such measure be launched without being discussed. One of those mistakes will be where the money will come from. The idea is that promised funds for small businesses be redirected and given to others. The Competitiveness Program should not be the source, but the budget, because there is money. In closed businesses, people will receive 50% of their income while in the budget sphere - 140%. Where's justice? The second mistake is who will administer these payments. And the third one - to whom and how much ", the chairman of BICA pointed out.


In connection with the latest measure - "Keep me", aimed at employees working in temporarily closed companies, Velev explained that people on an employment contract will receive BGN 24, and those on a part-time basis - BGN 12. The application starts on Monday: "This is extremely inadequate for us. The AICB, together with the trade unions, submitted a bill on what a compensation for forced stays not as a result of the employer's fault should look like. In European countries, income is offset between 60 and 90%. We have offered 80% without expecting it to reach 100%. It's possible because there is money. "

Velev expressed the opinion that enterprises should also be compensated. According to him, keeping only people is not enough: "The European Commission has allowed up to 90% of the costs of small and micro enterprises to be offset."

"There are employees who have taken BGN 2000 - 3000 and compensating equally at the minimum wage level is unfair. Together with the unions, we are fighting for another design of the 60/40 measure, which we can call 80/0, to enter into force in December. To compensate 80% of absent income in closed businesses," the chairman of the employer organization announced.

"Finally, on the tenth month of the crisis, let's do what other governments did on its first day," he concluded. 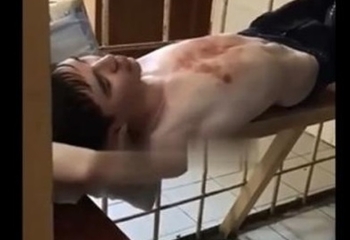