Economic growth will slow to 3% in 2020  after 3, 7% growth in 2019. This is predicted by UniCredit analysts in their latest economic report on the Central and Eastern European economy (CIE).

Economists point out  two reasons for the delay. The first is weaker external demand  which will affect the growth rate of exports. Second, there will be a lower rate of job creation  which will lead to a slight slowdown in private consumption growth.

"Despite the fact that the free fiscal space is significant, we expect another year of moderate easing of fiscal policy in 2020. The growth forecast will improve in 2021  as a result of the expected acceleration of global economic growth  which will give a new impetus to exports and investment“, economists at UniCredit  Bulbank point out in the analysis.

Despite the slowdown in the growth rates of some of our main trading partners  there are no signs of a decline in demand for labor in export-oriented sectors of the economy. The economy probably created 65,000 new jobs last year  which represents the second-largest annual growth in the current expansion cycle. It is important to state that the creation of new jobs was widely based and included not only sectors focused on domestic demand for services and construction, which has  been supported  by the growth in recently launched residential and infrastructure projects,  but also from export-oriented industries, where the number of jobs has reached the highest level in eight years.

"We expect consumption will  have a weaker contribution to growth in 2020 due to the negative impact  that a rapidly shrinking and aging population is having on the creation of new jobs. After the economy has already reached full employment  we expect the number of newly created jobs to fall to 19,000 in 2020 and  to 12 thousand in 2021,  compared with  65 thousand in 2019 and 43,000 on average between 2015 and 2018”, according to UniCredit's latest economic report on the CIE economy.

However, rapid income growth will help the economy withstand the deterioration of the external environment in 2020. Growth will be supported by a 10% increase in public sector wages which in the context of the growing labor shortage  will also be transferred to the private sector of the economy to a considerable extent, is clear from the report.

It becomes clear from the economic analysis  that Bulgaria continues to be among the EU countries with the largest free fiscal space at the beginning of 2020.  The continuation of conservative fiscal policy seems even likelier throughout the current year,  given that the country appears very close to receiving an invitation to join the ERMII.

All observers report the significant progress Bulgaria has made in all areas of the Euro plan. This includes a number of issues that are important for the smooth transition to EMM II and the Banking Union. Moreover, the currently very good profitability of the banks makes us think  that the remaining capital deficit, which was found in two local banks during the ECB's detailed review,  is likely to be successfully resolved in the near future. 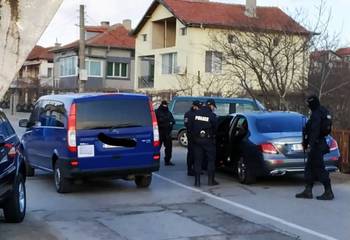