In Germany as on the Island:

“I had a tractor in Bulgaria and I made my living with it - says the Bulgarian worker M. H. - But the municipality bought 13 new Japanese tractors and I was left without any income. I decided to give it a try in Germany, at first for five to six months, and then I stayed. This is my second slaughterhouse. I moved from the first for the better, but the conditions are equally bad everywhere.

Recently, they have started to hire Moldovans on civil contracts and through Moldova-registered companies for transfer of labor. The Moldovans are sent to Germany and given 3.50 to 4 euros per hour. Usually, 10 to 15 people sleep in one apartment. We used to live in halls, but they rebuilt them. Now there are only two people in a room, which is two by three meters large. Only two beds and a locker fit inside. However, 400 people use one common kitchen, one bathroom and one toilet. We often don't have hot water. ”

This is all happening in the German meat processing industry - hired workers from abroad are housed in mass quarters, with hourly wages that any German butcher would laugh at.

"Our working conditions are very tough," M. H. continues. "We don't have enough masks and protective clothing. Nine to 10 people are working close to each other at the assembly line. And during the break, we stick to the regulations- only two people are allowed to gather. We are usually entitled to three masks a day, one for each break, as well as a protective suit, but we are wet all day because the vet has introduced a water spray system. The overall is wet at the tenth minute, the mask - even faster. We spend the whole working day soaked."

The coronavirus infection in the meat processing industry cannot be prevented by distributing two or three masks per worker a day. This has already become clear in Rheda-Wiedenbrück, the small town near Gütersloh in North Rhine-Westphalia. That’s the location not only of the largest pig slaughterhouse in Germany, Tönnies, but also of a corona cluster of gigantic size.

On June 17, the company announced that it was quarantining all of its staff, nearly 7,000 workers, due to a mass outbreak of the infection in the factory.

Three days later 1,331 workers tested positive for coronavirus, 21 were hospitalized, and five workers were admitted to the intensive care unit.

On June 23, 1,500 people tested positive and 243 new infections per 100,000 people were registered in Gütersloh County. That prompted the Prime Minister of North Rhine-Westphalia, Armin Laschet, to announce a new lockdown for the county.

"The water jet from the sprinklers sprays right into us and keeps us wet," M. H. continues. "We are constantly wet and sick. We asked the system to be changed to spray only the hens after they passed through our hands, but nothing happened. It’s a nightmare. The birds are wet and still alive. They flutter their wings and it comes to us again. If you work without glasses, it is a problem. With the glasses, it is even a bigger problem, because glasses quickly get dirty and you have to stop to wipe them. Then there are empty hooks on the line. They make trouble out of the empty hooks; they set up cameras to monitor us because of the hooks. We process 70,000 hens per shift, we can't come up with this plan. We talked to the bosses, but nothing happened. That’s the plan. If we want to, we may work under these conditions. If we don’t want to - we can leave!"

Shortly after the outbreak of the infection in Tönnies, Gereon Schulze Altoff, head of the Quality Management and Veterinary Services Sector and the pandemic headquarters at the slaughterhouse, announced that the most likely cause of the numerous infections should be sought from workers from Bulgaria and Romania, who recently returned from their homes. "Many of the employees, often Romanians and Bulgarians, have used the long weekends for holidays in their homelands, and thus brought and spread the virus", he said without blinking.

This statement can be easily refuted. Until recently, the borders were closed and there was no air traffic between Germany and Bulgaria. Only from June 1, people entering Bulgaria are not subjected to a 14-day quarantine. It is pure absurdity to travel by car from Gütersloh to Plovdiv for a long weekend (i.e. Friday, Saturday and Sunday), because the distance is 2070 kilometers- in one direction. That means 20 hours of round-the-clock driving on the way out and 20 hours on the way back.

Surprisingly, the Prime Minister of North Rhine-Westphalia, Armin Laschet, also joined this ill-conceived version of searching for a scapegoat for the infection in Tönnies. To a journalist's question "What does the outbreak of the infection in the slaughterhouse tell us about the previous easing of the measures?" Lashet said with a crooked smile: "Nothing, because Romanians and Bulgarians came in and the virus came with them. It will happen everywhere ..."

Such political behavior just three months after the xenophobic terrorist attack in Hanau, is extremely irresponsible, keeping in mind that there were Bulgarians and Romanians among the victims.

The astonishment is reinforced by the fact that Mr. Lashet is a lawyer and a journalist by education. As a representative of these two professions, he is supposed to work only with verified information, not with rumors and conveniently interpreted data.

When I submitted an inquiry to his office on June 19, I was also expecting an apology. At the ensuing press conference on the outbreak of the infection in Tönnies, he still showed some empathy, albeit quite tentatively - the Prime Minister of North Rhine-Westphalia expressed his regret to the potential voters and their children, because they will have to stop them again from visiting the kindergarten. But he said he would mobilize all the forces, including the army and the police, to fight this infection!

In the meantime, the company "Tönnies" was given the opportunity to prove its mobilization level to fight the outbreak, but so far it has not shown particularly good results. At one point, it even looked like it was deliberately boycotting the measures.

Federal authorities, for example, were not provided with complete lists of staff data and thousands of addresses were missing. This "omission" forced the competent authorities to enter the Tönnies headquarters by force, to seize the necessary documents, and to draw up complete lists of contact persons.

Among the hidden addresses, those of workers hired with civil contracts by subcontracting companies prevailed. I can only speculate on the conditions under which these people are left to live, because Mr. Laschet himself explained that, in order to isolate the infected, it will be necessary to rent special housing, tourist hostels, rehabilitation centers and hotels. That means that they live ... nowhere. Or wherever 200 people can be pushed under one roof with two or three toilets.

"We were promised bonuses during the pandemic, but we didn't get anything. We continue to live as before; isolation is enforced only if something happens. How could we have brought the infection? No one is able to go to Bulgaria or Romania and return in three or four days,” explains M. H. “I have not gone on vacation to Bulgaria in three years. I don't like listening to such things. To me, such allegations provoke hatred towards us. If they want to drive us out of Germany, just do it..."

Prof. Daniel Vulchev: There Is Hardly Any Excavator Left Which Prime Minister Borisov Was Not Filmed On

Assoc. Prof. Atanas Mangarov: A Person Cannot Be Claimed To Have Died from COVID-19 without an Autopsy

Ilian Vassilev on Facebook: Why I Refuse To Panic from the "Record" Number of Newly Infected and Who Benefits from It 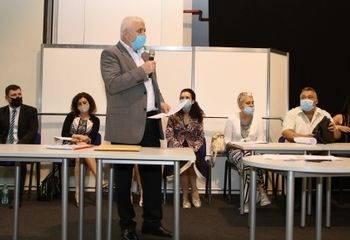 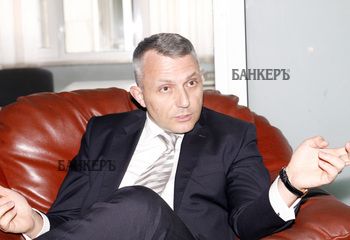 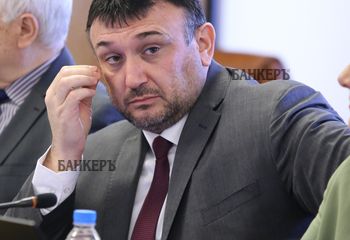