The Supremacy of Interest over the Rule of Law

If we have to ponder over the so-called "objective truth”, the first report of the European Commission on the Rule of Law in Bulgaria is a great embarrassment for the government. There is nothing to be fooled about: since we were "equipped" with the notorious Cooperation and Verification Mechanism 14 years ago, things have not moved one iota in the right direction.

Yes, there are many changes. Some of them are meaningful, others - more than absurd. But in general, the judicial reform has remained in its infancy, and the so-called responsible institutions continue to boast about making outspoken make-up.

The final result is funny and sad: we brag that we have lost weight and gained muscles through photoepilation and botox on the lips and the foreheads.

We briefly recall the findings in the Bulgarian report:

- the legislative procedures relating to the effective accountability of the Prosecutor General have not been completed;

- there is no mechanism by which the Attorney-General could also be held criminally liable;

- The Inspectorate of the Supreme Judicial Council is ineffective and there are prerequisites for political interference in its work;

- the anti-corruption services are not independent, objective and impartial;

- there are no convictions for high-level corruption, entered into force;

- there is no protection of journalists from political interference, there is evidence of close links between key political players and media, there are no rules on transparent funding and allocation of state funds for media support.

And ... everyone is happy. With themselves, of course!

According to GERB, the report was objective and fair. "The EC takes positive and objective account of the actions of the Bulgarian government", said Justice Minister Desislava Ahladova and explained that there was a complete coincidence between the wishes of the commission and the priorities of the government.

The chairwoman of the GERB parliamentary group, Daniela Daritkova, is of the same opinion: "This is probably the first report that is objective and quite positive. The EC focuses on everything that the Bulgarian state has achieved, not only the Bulgarian government ..."

President Rumen Radev summed up briefly: "That I have been making these findings for a long time, they’ve been late!"

The BSP's assessment, voiced by Krum Zarkov, was also expected: "This is also a report on the lost time, as the harsh criticisms of it have been raised several times by the BSP for at least 4 years. Including in the votes of no confidence for the complete failure to fight corruption and ensure the rule of law."

If we had not been well-bred, we would have advised both the government and the opposition to pack their bags and go back to their native places. The same refers to the authors of the report on Bulgaria, as well as their superiors in the European Commission.

The reason is simple: all these findings are as old as the hills. And not only are they included in the first EC monitoring report on Bulgaria in 1999, but they are the backbone of all other annual reports until our entry into the EU on 1 January 2007. After that of the "readings", written and published under the Cooperation and Verification Mechanism.

That is why we strongly recommend to our supervisors in Brussels the following: if they do not want to be brought to the state of the Bulgarian rulers, i.e. be insulted and ridiculed and finally expelled from their offices with stones and eggs, they should tell the truth and stop sweeping their own merits for the Bulgarian judicial failure under the rug.

It will be a tough and difficult decision, but this is how it is done: no one treats boils with aspirin, compresses with vinegar and soaking the feet in hot water. The treatment is a scalpel and deep cutting.

The recipe ages in the archives of the European Court of Auditors and the financial services of the European Commission. And reading it is simple: how much money has Bulgaria received from Brussels since work to "settle" our full EU membership began in 1992-93, and what has been done with this money?

If it goes about 15-20 million, the case is clear: European peanuts have been invested, shoddy Balkan quality has been reported.

However, when it comes to 450-500 million euros (at best), the case begins to look completely different and start looking like some organized crime with an international flavor.

Hardly anyone remembers, but in 2006-2007, while Brussels was wondering whether to postpone our entry into the Common European House, or let us in with a justice safeguard clause on our backs, a "good" news flew out from a Western European embassy in Sofia: during the pre-accession process (2001-2005), Brussels invested €250 million in the Bulgarian judicial reform.

The colon is not accidental, because that was the "good news." No comments, no emotions, no accusations, somehow diplomatically - both to know and not to be offended.

So, if we have to say our word on the EC's report on the rule of law in Bulgaria, the situation is as follows: if the UDF, NMSS, MRF and BSP had fulfilled their obligations honestly (to the Bulgarian people) and correctly (to the European partners), we would not be having this conversation.

Or we'd behaving it in a different direction- what a wonderfully arranged Bulgaria Boyko Borissov found in 2009 and how in just ten years he and his rascals demolished even its foundations. 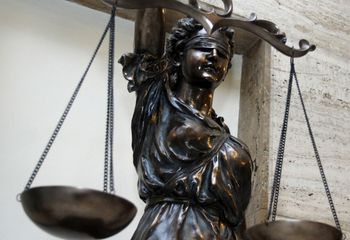