When it comes to money, panic will never be in excess. There is one solution but it can be changed if our country is pressed  in the course of the negotiations. In the euro zone waiting room - within the meaning of the documents cited in the law amendment  in question, Bulgarian lev can deviate up to 15% of the so-called "central course".

Each of the parties to the agreement has the right to request changes to this centralized rate. During our stay in the waiting room, we may be asked to make a change. Thus you’ll keep your cake and eat it. This was explained to the Bulgarian National Radio by Assoc. Prof. Grigor Sariyski of the Institute for Economic Research at the Bulgarian Academy of Sciences, one of the authors of the Academy's annual economic reports. His comment refers to an urgent bill, passed to calm fears that the euro's fixed exchange rate against the lev will not be changed when we enter the Eurozone's  waiting  room or the Eurozone itself.


According to Assoc. Prof. Sariyski, if there is a change of rate, there will be almost no benefits, including no positive effects on exports, as  it has been expressed. “The population will be the main loser. A possible devaluation of the BGN rate means only one thing-import of inflation, that is, imported goods will become more expensive. And if wages do not change at the same rate as the prices of goods change, the purchasing power will decrease... The main winner will be the elite, because it means deepening of integration, more money, career growth, waiving of liability... Joining the euro zone means that  for any trouble that will  strike Bulgarian economy, we can justify ourselves by the fact we are in the Euro zone and do not have the right to an independent monetary policy.“

Assoc. Prof. Grigor Sariyski gave an example: "When you put the lev in a currency board, it's as if you closed it in a cage, to prevent it from biting. But when you  put it into the Euro zone, it means killing it, skinning it, and making  a drum out of its skin. You can’t go back. The euro zone is a place where authoritarian decisions are taken which are far from beneficial to all member states ... The Eurozone is not a very disciplined structure, the rules there are distorted, but not for all players. "

According to him, the negatives in the euro zone are shared between those who receive benefits and those who do not receive them. "The problem is that we do not know in which direction the Eurozone will develop.  Now they are talking about green policies, and when the ECB begins to impose  them through the financial mechanisms, this means a  cost increase in production. It's one thing to  have an increase in production costs when you're 120% European, like Germany, it's another thing if you are  50% average  European. "

According to Assoc. Prof. Sariyski, the price of Bulgaria's membership in the euro area is in the dark. "The euro zone is like quicksand, we don't know what the situation will be tomorrow. Against the background of the impending crisis and the fact that the Eurozone is an incomplete structure with missing foundation, the risks of rebuilding each economy are much greater than the favours." 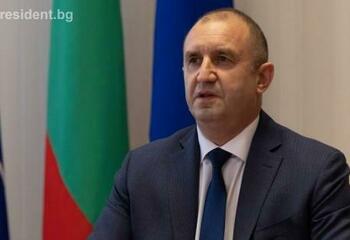