EU Commissioner for Justice Didier Reynders warned today that the European Commission may initiate criminal proceedings against Bulgaria if it deems it necessary and if our country does not change the law on Bulgarian citizenship in the part for the so-called "golden passports". He noted to the European Parliament that this week the Commission sent a letter to Bulgaria on this occasion and expects a response from the Bulgarian authorities within one month.

The legislation of Bulgaria, Cyprus and Malta allows the issue of a passport to a foreigner for an investment of between 800,000 and two million euros. This week, the EC launched criminal proceedings against Malta and Cyprus.

Taking punitive procedures is a last resort that applies after years of political negotiations, Reynders noted. European values are not for sale, unfortunately this is not obvious in all countries, he added.

In his words, schemes to grant citizenship or the right to stay in the EU have been worrying the European institutions for years because of the dangers to security, corruption and money laundering. We constantly put the issue before the countries concerned, urging them to stop these actions, the Commissioner said. He noted that granting citizenship to a person with no connection to the country issuing the passport was a violation of European law.

Reynders pointed out that Malta and Cyprus received several million euros in recent years in exchange for issuing several thousand "golden" passports, which undermines mutual trust in the EU and poses threats. In his words, a reassessment of documents already issued is necessary and in cases which are considered necessary.

The Group of the European People's Party stressed that irrespective of their weaknesses, the schemes help countries overcome the economic crisis. The Socialists and Democrats noted that €25 billion has been received in the last decade by some European governments from issuing "golden" visas. Investment is important, but no more than European values. With criminally acquired money, a key to the EU can be bought. This must stop, the Council of the EU and the EC should ban such opportunities altogether, the EU is not a place for criminals, the parliamentary group added.

According to the Group "Renew Europe" criminal procedures are necessary because such schemes can never be entirely "clean" and legal. This is a golden back door to the EU for criminals and they are not investors. We call on the EC to propose a bill banning "golden" passports, the Liberals added. 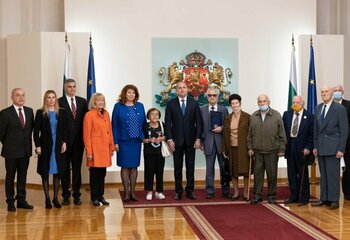