The Council of Ministers of the Council of Europe adopted a resolution calling on the authorities in Bulgaria to introduce a video recording of the interrogations of detained citizens.

A call was made to ensure that detainees had access to a lawyer during interrogations at the police station. It insists on the provision of prompt and quality medical care, as well as the certification of injuries received during police detention or other places of detention. It proposes the introduction of an automatic system for the prosecutor's office to deal with complaints against police violence and data from medical certificates issued after police arrest, BTA reported.

The Bulgarian authorities are called upon to provide a national system with statistics on complaints, investigations and disciplinary and punitive measures imposed on the ill-treatment of detainees and to support the evaluation of the ombudsman or non-governmental organizations in this regard.

It is insisted that the necessary constitutional or legal amendments ensure judicial oversight of refusals to open an investigation, as well as to introduce legal possibilities for punishment for committing torture and for extracting testimony from suspects in the commission of a crime. A call has been made for preliminary inquiries and investigations into allegations of abuse in interrogation to be carried out by prosecutors and investigators unrelated to law enforcement officers.

It is proposed that the officers accused of violence be removed from office. 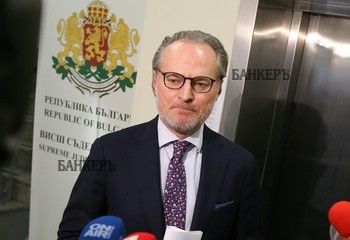