The money stolen from the agricultural support funds since we became members of the European Union has been nearly  BGN 4-5 billion  .

Silence is said to be gold. And our rulers have created a modern interpretation of the saying: keep quiet so as to preserve the gold that we have "saved up" along the European funds and increase it. This became clear enough after the scandalous statement of the Minister of Agriculture, Forestry and Food Desislava Taneva was announced during a video conference with the branch organizations of fruits and vegetables producers. The words that all those interested in the topic clearly heard were: "I suggest we adhere to the position that we do not have such frauds and everything is fine, because otherwise the funds will be stopped. In the end, we did what the industry wanted. But now, if we brag about what fraudsters we are, they will say that we should not receive this help "...

This call of the agriculture chief

to cover the schemes

which are applied in the absorption of European funds and for sweeping the truth about the stolen subsidies under the rug, so as not to stop the support for our country, is, to put it mildly, arrogant. But since the arrogance in the behavior of the highest officials in our country has recently become commonplace, this next demonstration of impunity is unlikely to surprise anyone.

Two months ago, “The Banker” (in its publication "In the vicious circle of subsidies") asked: Why, after the state poured more than BGN 12 billion for agricultural development over the last two programming periods, Bulgarian products are almost invisible?

There is no official comment from the institutions responsible for this nonsense to this day. But the words of the organizational secretary of the Bulgarian Pepper Association, Georgi Vassilev contain the explanation: "Billions are distributed without anyone asking who produces what, where they produce it and to whom they sell it."

It is no secret that the tied assistance scheme has long been compromised. There are many illustrations of this, but the strange thing is,

this is the beginning of the end

not because fewer subsidies are granted, but because they are ... bigger. As Vassilev says: "I asked about something to which I knew the answer very well, but I wanted all our colleagues to know it - why is the money we receive for tied support more than we need? All vegetable and fruit growers, together with those in the greenhouses, received more than planned. And specifically for pepper, instead of the expected BGN 120, in March we received BGN 189. People were surprised and worried that they would be forced to return the "excess".

It turns out that the money in excess came from the revealed abuses of the so-called draughtsmen and because of the suspension of the money they were going to absorb through fraud - a topic that has been repeatedly commented on in the pages of “The Banker” newspaper.

Despite the resistance of the "bosses" in agriculture, who even removed the industry nominee-Deputy Minister Chavdar Marinov, so as not to mess up and thanks to the persistence and pressure from individual representatives of industry organizations, another result was achieved - carrying out more inspections of the sown areas.

In this way, frauds for "drawn" and claimed subsidies for 11,000 decares were stopped.

Vassilev said that so far only 5% of the declared areas have been inspected, because that was the minimum required by the European Union.

After dozens of scandals on this occasion

the officials had moved up

and checked ... 20 percent of the applications. Thus, these 11,000 decares were detected, of which the schemers would have taken BGN 3 million without producing anything.

The producer organizations demanded that the results of the inspections be announced and the names of the violators and the fake decares be indicated so that the society would understand who was stealing people's labor.

Although many of these "farmers on paper" are known among the people who really work in the fields in our country, the ministry refuses to name them publicly.  And Taneva advises the real producers "not tomake such a ruckus, because if the EU finds out, it will check 100% of the subsidized areas," Vassilev commented.

According to him, the financial amount of the misuse of EU funds is far from being said to be only BGN 3 million, but it is at least BGN 30 million. And given that the entire program is for 57 million, it is not difficult to calculate that more than 50% of the money for it goes into the pockets of people who have not even touched any soil.

since we became members of the European Union are close to ... 4-5 billion levs. Assuming that even half of this figure is  correct, it is no wonder why the Minister of Agriculture calls for silence.

But even those less familiar with the subject are hardly surprised that it is about millions that have never been fully utilized for agriculture. Because otherwise we would have noticed that our country had absorbed tens of billions of levs for agriculture and that the quality and quantity of agricultural production had developed and increased.

Naturally, the Ministry of Agriculture tried to cover up the scandal.

According to Taneva, her remark from the video conference was taken out of the context of her speech.

She promised: "We can say most responsibly that we currently have the political will to carry out the highest percentage of inspections. The goal is a fair distribution. It was these increased inspections that raised manufacturers’ rates."

No matter what oaths the agricultural department gives, it has long been clear to the society that if not the minister personally, then in the building at 55 Hristo Botev Blvd., hundreds of sponges have been going to and fro for years, whose goal is far from bringing our native agriculture to the height it used to have centuries ago. Rather, their concern is to use their temporary posts to "dig" and "fertilize" their own garden. 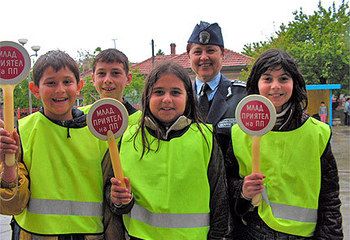 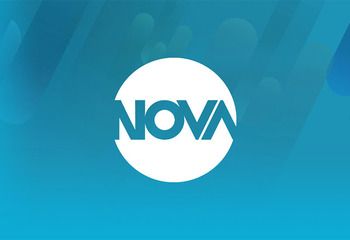