The scandal over money for agriculture is growing.

Days ago, information emerged that European funds for Bulgaria in the amount of BGN 358.1 million have been suspended. BGN 250.4 million of them were under agricultural programs as of July 31 this year. This has become clear from the Report of the Ministry of Finance on the state of the fiscal reserve. It happened shortly after the catchphrase of the Minister of Agriculture Desislava Taneva who advised farmers to keep their mouths shut about EU funds fraud ", so that we take up money." The former Minister of Economy in the official cabinet of Marin Raykov - Asen Vassilev drew a rather gloomy forecast for the future of the country, saying that in practice the available funds for agriculture were BGN 9.78 billion., BGN 9.2692 billion of which – in the BNB. The total amount reached BGN 10.1389 billion towards the end of July together with the suspended money by the European Union.

However, Minister Taneva reacted quickly to Vassilev's claims and explained that there was not a single Eurocent suspended under the agricultural programs.

"There is not a single Euro cent suspended in agricultural programs. Not only are we in payment mode, but we are entering 20/20 direct payments for all measures from October 16. In the current 2020, the largest financial package for the support of agricultural companies has been provided. Everything is going fast – submission, processing of applications and payment", she was adamant.

Taneva said that we had entered the election campaign very early and for everything that is being done, there are rules and forms of reporting.

In line with her words the State Fund for Agriculture floods the media every day with information about the millions of European funds paid under the various programs to support agriculture in the country.

In the final hours before today's national holiday the paying agency announced that the European Commission had reimbursed to Bulgaria nearly EUR 1 billion.

The colleagues of the Executive Director of the Fund - Vasil Grudev claim that in the current year, up to now, the amount of the refunded subsidies is EUR 997 935 367.

Of these, EUR 769 963 833 was returned to the SFA under direct payments and agricultural market mechanisms financed by the European Agricultural Guarantee Fund (EFA). The last tranche of September 3 amounted to 430,569 euros, according to the paying agency.

The total amount of subsidies reimbursed under the Rural Development Program was 227,971,534 euros, the last tranche of which was transferred on August 18 and amounted to 82,292,382 euros, according to the paying agency. Funding for this program comes from the European Agricultural Fund for Rural Development (EAFRD).

The management of the State Fund "Agriculture" officially stated that the funds declared by the fund are reimbursed to 100% by the EC and there is no delay in their payment.

Eventually, the farmers will know who’s right or wrong. 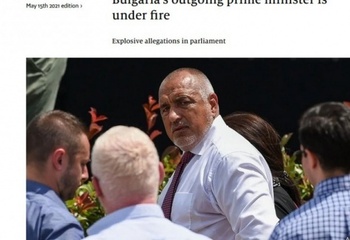