Borisov recounts the bedroom photos to the FAZ:

“The photos taken in my bedroom are a setup and a compromising material under the KGB manual. The oligarchy has attacked me because Bulgaria entered the euro waiting room and the banking union and it cannot use the country's banking system as before.” This was stated by Prime Minister Boyko Borisov in an interview entitled "The politician, the gun and the money" for the prestigious German newspaper Frankfurter Allgemeine Zeitung, quoted by bTV.

Journalist Michael Martens, who specializes in the Balkans and monitors what has long been happening in the region began the conversation with a question about the alleged photos from our Prime Minister's bedroom, noting that an interview with a Prime Minister "should not concern a topic like their bedroom and it is not public’s business but the footage display in the foreign media and Borisov's words that what happened was of a political nature require his explanation.

"My bedroom photos are a KGB-style kompromat"

Borisov explains that the photos were “inspired” by Bulgaria's admission to the euro area waiting room and the banking union, which caused the dissatisfaction of the "oligarchs in Bulgaria" after "having realized what I had done". In the Prime Minister’s words, they cannot now bypass the Bulgarian banking system because the control is at the "European level".

Borisov pointed out his successes in the fight against tobacco smuggling, which is worth hundreds of millions of euros, as another reason for the attack on him and the action against the illegal cigarette factory in Plovdiv was given as an example.

Borisov mentions the purchase of F-16 fighter jets, as well as the desire to diversify gas supplies to Bulgaria as a reason for the dissatisfaction of his enemies.

"The photos from my bedroom are like being taken from a KGB textbook, where the advice is given to destroy a person by using their truths for your own purposes," Borissov said.

"It's no coincidence I'm talking about the KGB methods. Some of my opponents who work for President Rumen Radev are former secret agents, children of great spies, officers of the Russian military intelligence service," the Prime Minister added.

In his words, a "black market for kompromats" has long acted in Bulgaria and his opponents try to denigrate him with such campaigns before elections. There were publications that he owns a house in Barcelona or a Greek island "where he allegedly killed a model” which were given as examples of the attacks against him.

"The photos were taken by a woman like Mata Hari"

It is understood from the conversation that according to Borisov, the photos in his bedroom were taken by a woman, who he compared to Mata Hari – the famous spy who used her femininity to achieve her goals.

According to him, when he was visited by a woman, she was not searched by the security guards and there was enough space in a handbag to fit small gold bars and wads of cash that were needed to make the footage from his bedroom with a mobile phone.

After what happened, "I don't want to see a woman anymore," the Prime Minister said.

Borisov commented on the report of the European Commission and the Resolution of the European Parliament on the rule of law and corruption in Bulgaria. In his words, the report is objective, but the resolution is political and a result of the efforts of the political forces of his opponents.

Borisov also spoke of the recent protests demanding his resignation: "I have always spoken respectfully about the protesters, this summer too. Since I've been prime minister, I've been always meeting with demonstrators - teachers, doctors..."

Asked if he did not insult the protesters by calling them "remotely controlled tools of an oligarch in exile", Borisov said that Bozhkov had identified himself as controlling the protests in "legally recorded" phone calls by the prosecutor's office.

The Protests Are over; We Have to Be Alert in the Elections 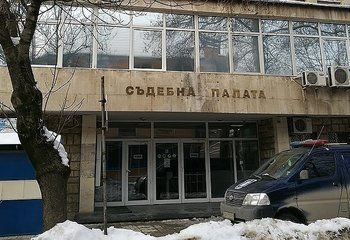 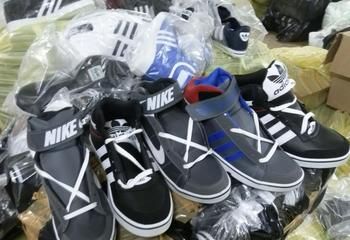