Reporters Without Borders (RWB) calls on Bulgarian authorities to stop trying to intimidate journalists in the country, who, since the beginning of the month, have been subjected to a series of verbal attacks and threats by many senior officials.

They include Prime Minister Boyko Borisov, who likened women journalists to turkeys during a press conference in Sofia on February 4, then, in a surreal attempt to mock at them, he tried to imitate a poultry for a few seconds, ignoring the protests of the journalists present.

At a press conference in Brussels on the following day, Attorney General Ivan Geshev demonstrated profound knowledge on the private life of Atanas Chobanov, editor-in-chief of the Bivol investigation site. And the Bulgarian MEP Alexander Yordanov at the same time called Chobanov "a petty provocateur". This is seen in a video, posted by the prosecution.

On February 11, Deputy Speaker of the National Assembly Valery Simeonov accused two journalists of the bTV - Venelin Petkov and Anton Hekimyan of being "corrupt" and asked the prosecutor's office to investigate them for failing to report alleged crimes of businessman Vasil Bozhkov, to whom 11 indictments have been recently raised. Defending its two journalists, the BTV media group responded that "the role of a journalist is to report the truth after verification and investigation."

"It is unpleasant to see that personal and offensive attacks on journalists by the most senior officials in Bulgaria are not isolated and continue to occur. The European Union cannot allow journalists to be threatened in such an institutional and systematic manner in a member- state. We ask the President of the European Parliament to clearly condemn these infamous attacks”, says Pauline Ades-Mevel, head of the EU and the Balkans Bureau of RWB.

Bulgaria has been suffering a serious media crisis over the last decade, as many media outlets are owned by only a few oligarchs and journalists are constantly harassed. RWB has already voiced concern about the situation in the 2018 report on investigative journalism in Bulgaria, but it seems that nothing has improved. Ranked 35 in the World Press Freedom Index of RWB in 2006, Bulgaria is now at the 111 place-the lowest ranking of all EU member states, the organization concludes. 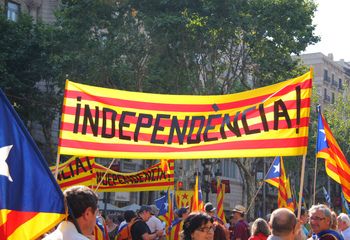