Radan Kanev to the EP: Do Not Let the Debate on Bulgaria Turn into Pre-Election Partisanship

The debate on the Rule of Law in Bulgaria has begun. Here is my written statement during the debate, which I sent to all my colleagues in the EP by post and submitted to the EP registry. This is what MEP Radan Kanev wrote on his Facebook page.

The leadership of the EPP group in the European Parliament has voted not to allow speaking time for statements of alternative positions in plenary in today's debate on Bulgaria. Bulgarian MEPs Radan Kanev and Alexander Yordanov informed about this earlier.

According to him, the question of whether provoking such a debate in the European Parliament is airing out dirty laundry and embarrassing ourselves to foreigners, or whether responsible political behavior is necessary, is very important.

Since I was not given the floor in this debate, I refer to you in accordance with Rule 171 (11) of our Rules of Procedure. I appeal specifically to my EPP colleagues to consider carefully the situation in Bulgaria and the importance of the debate, not only for Bulgarian citizens and European taxpayers but also for the future of the EU.

This debate could easily turn into an election partisanship. In order to avoid this risk, I urge you to focus on the real problem and look at it in the context of the other two major debates we are having today – the Rule of Law Mechanism and the Conditionality Clause (linking European funds to the rule of law).

The problem is simple, but it is also very serious: the mafia has taken over the judiciary and the media in a Member State. You may or may not support the government in Bulgaria. These political decisions are sometimes complex. If you trust the government, you can help it get rid of its dangerous addictions - a futile but noble endeavor. But denying the truth is not a choice, nor is inaction when the rule of law is trampled on in a European country. It's not a choice, it's complicity. 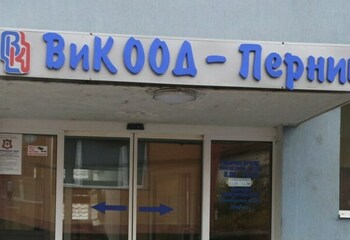