"The 2021 budget is wasteful and made by a government that looks like it's preparing to govern one last time. Absolutely chaotic decisions are being made. This government has become the most populist since the introduction of the currency board. Billions are being handed out, leaving the next government with an empty cash register", former Deputy Prime Minister and Economy Minister Nikolay Vasilev commented.

”The Banker” reported, on Thursday, October 22, 2020, that the Ministry of Finance published Budget 2021 and the medium-term budget forecast, which predicts the Treasury to be in deficit till 2023.  The government recorded a budget deficit of BGN 5.2 billion for 2020 and another BGN 4.9 billion for 2021, i.e. a total of over BGN 10 billion for the crisis years to come.

According to the Ministry of Finance, the priorities of Budget 2021 are income policy, education, health policy, social policy, pension and defense policy After the increase in the minimum wage from 2021 to BGN 650, the however, it is proposed to freeze it at this level in 2022 and 2023.

For 2021, year-round funds are planned to ensure the 30% increase in staff costs in different administrations. A 10% increase in the salaries and salaries of staff in the budgetary sphere is also envisaged. BGN 474.0 million have been set for an increase in the amount of the minimum old-age pension from BGN 250 to BGN 300. BGN 884.2 million has been allocated for measures related to the modernization and calculation of pensions, as well as BGN 318 million for the payment of pension supplements to all pensioners by March 2021.

"The new budget is pre-election one. Some $300 million is being given to the business which sounds like zero. Money is being given to people who have nothing to do with the crisis, which already speaks of a lack of accountability. If the next government is reformist, it must drink the bitter cup and return social benefits", Nikolay Vasilev explained in a TV interview.

According to the ex-prime minister, if Vladislav Goranov were finance minister, this would not have happened. Before the summer Bulgaria had an excellent tax system, but now it is broken by this crazy and disappointing budget.

"The next government that will find an empty treasury has three solutions ahead of it. One is to continue with the incredible deficits and run on the slide to reach some southern countries. The option I recommend is to reduce benefits. The worst-case scenario is to increase taxes in order to fill gaps", Vasilev commented. 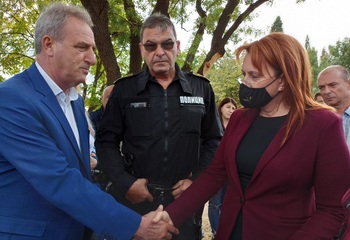 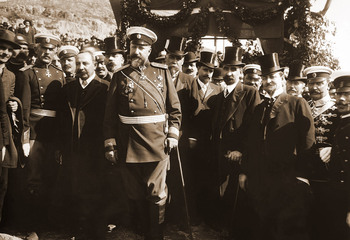