With "The Panchev Amendment"

Do you really believe that Menda Stoyanova's parliamentary budget committee has "mistakenly" adopted the infamous amendment to the Consumer Credit Act, which benefits companies for bad loans? And do you really think that a "free MP"- Spas Panchev can alone and without prior coordination secure 14 “in favor” votes from the ruling majority, plus a convenient distraction of the opposition after which s similar farce was played in the plenary hall of the National Assembly?

Whatever the answer – it's always bad: if it has really happened "by mistake", then this "mistake" shows the bottom of the carelessness and incompetence which the legislative process in Parliament has leaned against. And if not - what happened will have to be another demonstration of lobbying in its purest form, in which, on top of everything, all favorites are involved because some of them helped it with voting and others - with silence.

The question is which of these two assumptions is more dangerous?

This is an amendment to the Consumer Credit Act, according to which the costs that the consumer will pay in case of non-fulfillment of its obligations under a consumer loan agreement will be able to reach twice the amount of the loan principal. In doing so, these "costs" will not be able to be annulled by the Court, because the law explicitly states that they will no longer be considered excessive or contrary to good manners.

Here is the place to say that at the moment, despite the control (supposedly) of the Consumer Protection Commission, the vast majority of fast loan companies impose penalties and fees on their customers, which double and triple the loan itself. However, these penalties and fees are usually waived if they go to court - simply because they are charged on the basis of credit agreements’ clauses, which magistrates say are initially void.

The purpose of the "Panchev Amendment" is obvious -

the hands of the court shall be tied!

And the endless cost of credit will legally be adopted.

The proposal submitted by the independent MP Spas Panchev shows up on the website of the Parliament on November 10. It was written in the ruling majority's favorite legislative stylistics of recent years – between first and second reading, as a transitional and final provision to a law that had nothing to do with the proposal (in this case, the Value Added Tax Act was used). And the text contained not a single line of motives. That is, -

in complete violation of all legislative rules and procedures.

Instead of leaving it unconsidered, however, the budget committee passed it on November 18.

Do you know what the "discussion" of a bill that concerns thousands of people– literally all borrowers from fast loan companies looks like in the National Assembly?

We will illustrate it with a quote from the minutes of the National Assembly Budget Committee from November 18, when the "Panchev Amendment" was adopted:

"A proposal of MP Spas Panchev to create a new paragraph.

The Working Party supports it and proposes a new § 93 with the corresponding version.

We vote § 93 on the Working Party Report.

So, some completely unknown, anonymous task force had approved something. MPs, whose duty it is to discuss the draft, remain silent - there are no opinions, no legal or any other arguments, there is not a single sentence to explain why the adoption of this "bill" is necessary. And that seems absurd especially when it comes to debating on a bill before the second vote, when (at least presumably), it should be discussed line upon line.

Thus, without a single line of reasons written by the petitioner, without a single word in defense of the proposal during the discussion, in complete silence on the part of the MPs, a proposal became law. Then, this same "silent scheme" is repeated in the Plenary. On November 19, the "Panchev Amendment" was finally adopted by the National Assembly.

While the law was being voted on in Parliament, lawyers were the first to know what was going on - within hours, a request was made to the President to veto the bill, which was joined by more than 130 advocates from across the country. Ombudsman Diana Kovacheva threatened to refer the matter to the Constitutional Court. The media was also on "unraveling" the scandal.

And when social media bubbled with curses against the government, it took a step back: on November 20th, a day after the Parliament legalized the controversial idea, the Chairman of the Budget Committee Menda Stoyanova announced that the "amendment" would be amended.

"Because of public tension and increased speculation about lobbying pressures in the media space," she explained shamelessly.

"Correction of the amendment" is also illegal

Menda Stoyanova kept her word and submitted a proposal for the repeal of the "Panchev Amendment", which practically returns the old texts of the Consumer Credit Act.

Stoyanova did it in the same way – between first and second reading of the State Budget Act for 2021, as a transitional and final provision to it, without any reasons at all.

By the way, there were neither motives, nor a proposal on the website of the National Assembly. The last available proposal to the draft budget law is from November 18 - with the corresponding input number, petitioner and the scanned text.

The only written trace of the existence of

Stoyanova’s proposal is the report of the committee meeting of 24 November. It is included as paragraph 13, but this should mean absolutely nothing because the Law on Normative Acts and the Rules of Procedure of the National Assembly lay down completely different procedures.

However, the lack of disclosure of a bill (Menda Stoyanova's proposal for a "repair of the amendment" represents just that) is in itself such a drastic smear of the legislative process that we have never even thought possible before. It is a fact, though.

On the same day (24 November), this report was submitted to the Plenary for consideration. The programme of the parliamentary session included its examination for Wednesday (November 25), knowing in advance that there was no option for Stoyanova’s proposal to be adopted.

These are the facts. Now, I’ll leave the answer to you – has it been a random mistake, really? Or, are we at the bottom, digging deeper? 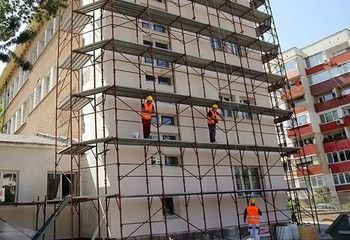