Parliament approved at second reading the changes to the Public Finance Act, which are fundamental to the adoption of Budget 2021, as they allow an increase in the deficit above 3% of GDP in emergencies, such as the Corona crisis.

In practice, the government receives carte blanche to implement the Mid-Term Budget Forecast (2021-2023), which is a motive for the draft budget, having been approved at first reading by MPs. The government has fixed a budget deficit of BGN 5.2 billion for 2020 and another BGN 4.9 billion for 2021, i.e. a total of over BGN 10 billion for two years. The deficit-to-GDP ratio is 4.4 percent and 3.9 percent, respectively, and it is not until 2023 that the deficit is expected to decrease to 1.8 percent of GDP.

The main criticism of the changes to the law is that it further enables the Cabinet to implement shock and inefficient spending. BSP tried to limit spending with no parliament sanction and between the two readings tabled a text according to which the extraordinary expenditure of the Council of Ministers should be reduced to 1% of the revenue estimate and all other spending should pass as an update through parliament.

"One of the issues that need to change after Borisov is the way people's money is spent. In ten years of government, he imposed the extremely vicious model of handing out about BGN 2 billion per year at his own discretion and contrary to the voted Budget Act, which gained popularity as the "SUV window handout". These funds have usually been allocated to companies and municipalities close to power, or to suppress discontent and buy votes. But this is the money raised by all taxpayers. Every single lev raised by the people should reach the people, not the drawers of the authorities", social leader Cornelia Ninova commented.

The government rejected that idea.

The amendments adopted by parliament also provide for the unused additional expenditure on the ministries’ budgets to be redirected to other policies by a decision of the Minister of Finance. According to the Finance Ministry, this will give the state more flexibility in managing public funds and in removing the restrictions on the absorption of money. For now, these additional funds are expected to be directed towards the combat against Covid-19. 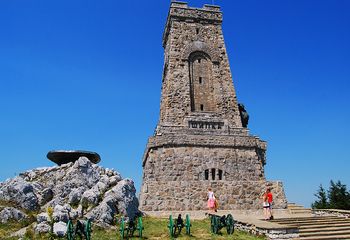