In China, a hospital was built in 10 days while the BG government slumbered 8 months away and failed to prepare the health system for the autumn COVID wave. All of Prime Minister Borisov's promises from the spring, when he assured everyone that he needed time to adapt the health system, turned out to be much ado about nothing.

This is what the activist of "Yes, Bulgaria" Ivaylo Mirchev writes in his position on the health crisis. His opinion is posted on his Facebook account.

"The result of 8 months of inaction can be seen today - overcrowded hospitals, insufficient number of ambulance, lack of medics, inadequate and unjustified measures to deal with the crisis, ambulances touring for hours to and fro health facilities, while doctors pray from hospital to hospital for their patients to be checked in", Mirchev says.

“Throughout the summer, Borisov drove around in a jeep, showing off asphalt (which usually disintegrates within 2 years due to poor construction), being alone or in the company of the administration of some GERB municipality. All summer Borisov hid from the citizens and tried all sorts of tricks and pirouettes to avoid resigning.

For these 8 months he could have:

1. made healthcare largely electronic, reduced the contact of doctors with patients and the number of healthy people visiting hospitals.

3. reorganized the health system so as not to experience bed shortages (at least).

4. introduced incentives for companies’ employees to work from home (where possible).

5. used the capabilities of at least one of the software applications that have been developed. Today they are not used by anyone, because the state did nothing to get them into use.

6.urged the state to use the 15 000 programme hours for eHealth donated to it by IT companies.

7.ordered the state to synchronize with pharmacies and provide enough flu vaccines for this season instead of prosecuting Prof . Asena Stoymenova. There are no vaccines this autumn.

None of the above is asphalt, nor is it easy to steal from it. That is why these steps have not been implemented for which we are listening to increasingly ludicrous excuses from the ministers of the government.

8 wasted months that cost lives today. This is a complete failure of Borisov and the government, who are trying today to wash their hands and put the blame with the doctors who are taking on the real burden of this crisis”. 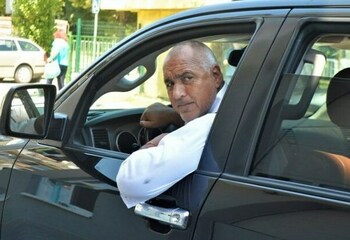