There was no obstacle for the Minister of Health's seven-point order to be given the form of a law in yesterday's parliamentary session. At this very moment, it is plainly unconstitutional.

This was stated to bTV by lawyer Mikhail Ekimdzhiev.

"The reason is that the Health Minister is practically playing the role of the Parliament and it is the NA that can judge whether these measures are appropriate and reasonable for the situation. On the other hand, the Health Law provides for similar powers to the Minister of Health. But the Constitution says that specific restrictive measures are only enacted by a law,” the lawyer explained.

In his words, only the legislator of a rule of law country can define the framework of the restrictive measures. "Therefore, they need to be legitimized immediately and the framework should be outlined. The ministers and the operational headquarters should put their orders in it and fill it with specific content,  depending on the dynamics of the pandemic development, "said lawyer Ekimdzhiev.

He believes that punishment is effective not when it is severe but when it is inevitable.

"The fines could have been much smaller, the jail sentence - too, but we have to be sure that if one deviates from the quarantine, he will be punished and this act will be deterrent.  At the moment, many people hope they will not be caught. ” Mikhail Ekimdzhiev said he supported the government's restrictive measures, although he believed they were a bit late.

“The Chinese experience showed that only drastic measures to limit social contacts could be effective, so, it was high time they had been taken against the mass irresponsibility that was manifested in our society," Ekimdzhiev said. 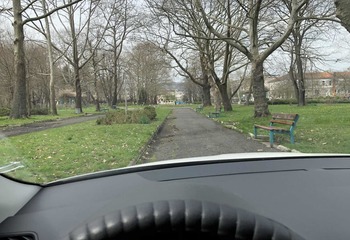