Mika Zaykova: The government's measures mean nothing but come from the heart

The poor get even poorer, we are back in line

According to the optimistic version of the report of the Belgian banking group KBC, Bulgaria's GDP will fall by 4% this year, by 10% according to the baseline scenario and pessimistic one shows 12%. However, our finance minister wrote that in the pessimistic version the decline would be 3% and we would have a GDP growth of 0.7%. This is complete absurdity. Economic expert Mika Zaikova said it in a video interview with Banker Studio.

In the interview, Zaikova also added:

The main point is that in order to have consumption, there must be a revived business and households that are not left destitute. And 80% of Bulgarian households have incomes below the subsistence level.

In the US, in 2008, they also gave subsidies. 72% of this money came into consumption. In England, they now give £ 10,000 per household for three months. In Germany - € 900 per person per month for the quarantine period.

In France and Greece 600 euros per person, in Cyprus - 400. Moreover, the set of measures also includes VAT reduction.

What they gave here was nothing  but it was from their heart. We were told that everyone had to pay both taxes and bills. Plus short-term interest-free loans of BGN 1500 for three months – these levs are insufficient for a household to pay its winter bills, let alone pay back the money. Nothing for the employees too.

The public investor has not helped the economy. Foreign investors are avoiding us because we are the most corrupt country in the EU.

If the authority does not look at what other countries are doing and does not take adequate measures, nothing good awaits us.

The EC was extremely late and proved to be a bureaucratic body that cannot manage crises. They'll take the cohesion funds money and give it away. The poor are getting even poorer, and we're back in line. 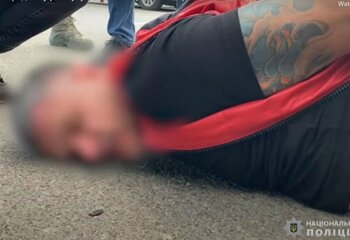