With his  genuinely primitive thuggish manner, Mr. Geshev showed everyone what the problem with uncontrolled, arbitrary prosecution is. A problem that has existed for 30 years, or in fact for 75 years, but is understandable only to people familiar with the principles of constitutional democracy. And now it's visible to everyone. Even to the former communists to whom we owe our flawed constitutional framework ...

The republic functions and is useful to its citizens only when the various institutions do their work and interact. The state breaks down when they interfere with each other and do what is not their business. And the Constitution says whose  business it is.

The prosecution does not say, for example, who is an "oligarch" and who is not. Since Aristotle, the oligarch has been a political, not legal, qualification. Bozhkov is probably an "oligarch", Dogan - for sure. But it is not the prosecutor's  task to give out political qualifications or hide them. Their task is to identify and prove in court the crime that led to the emergence of oligarchs in a democratic state. Because the oligarch is a product of the rulers or the empowered politicians who allowed and created it. It is this relationship our prosecution does not investigate.

The prosecution does not say whether the "transition is criminal" and whether the rich are unpunished and the poor are unhappy. These are typical political issues and definitions.

The prosecutor is also not a village mayor, a family therapist, a precinct policeman or a plumber who "solves the problems of ordinary people."

When important institutions in a constitutional democracy do not do their job but interfere with the work of others, this creates systematic tension and institutional crises. This leads to complete non-functionality of the state, to institutional disintegration, which we now observe in water crisis, gambling, garbage problem, energy and environmental policies, security...

And worst of all - the Prosecutor's Office itself ceases to do its job. And its work is very important, extremely  substantial for the state to function. And thousands of honest prosecutors and prosecution employees  want to do their job – to collect evidence, press charges, and successfully defend them before an independent court.They do not want to be corrupt journalists, racketeers, politicians ...

By the way, Mr. Geshev may not be a bad person. I don’t know him. I don't like his style of expression, his legal vocabulary and his behavior. But these are minor issues. The big problem is that he is placed within a constitutional framework that makes him become brazen  and  act as a populist political leader like Hugo Chavez, not as a prosecutor in a constitutional European republic. And this self-oblivion is damaging to politics, the prosecution, the court, and the media.

Therefore, it is important that the Prosecutor's Office be brought into a republican constitutional framework of control - for the benefit of its own representatives and of their important community service. 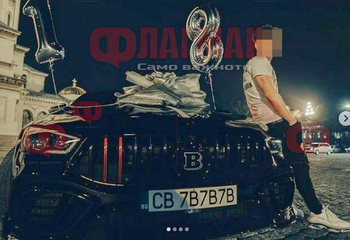 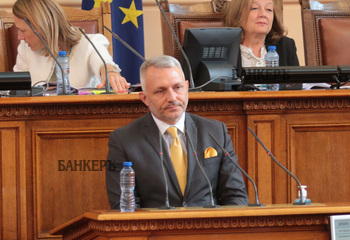