Krasen Stanchev: It Is Not Clear to Me How the Country's Losses Will Amount to BGN 3 Billion Euros

To introduce a state of emergency is some sort of fashion at the moment, Krasen Stanchev, founder of the Institute for Market Economics and an associate professor at Sofia University, told BNR.

Something that is very important in this situation is that attention to the pandemic has been overlooked because the world has been dealing with other issues. For example, Europe is discussing the carbon footprint, Ursula von der Leyen and others in Brussels are talking about a 25-year fight against climate change on the day of the announcement of the pandemic and so on. And there are protests in London that 1 or 2 billion people will die from climate change, commented Assoc. Prof. Stanchev on the radio Horizon program, “First of all”. “I.e. people are dealing with climate change, without seeing what's been going under their very noses."

He pointed out that for unknown reasons globalization is believed to be to blame for everything or "all diseases and bad things come from abroad." Globalization is not a new phenomenon, but a mechanism to help obtain natural immunity to certain diseases of different people living separately from others in the world, Krasen Stanchev added.

"It is not clear to me how the losses for our country in the current situation will amount to BGN 3 billion (as Prime Minister Borisov announced earlier). In a very negative scenario, healthcare costs would double at the most – i.e. it is about another BGN 300 million,” the expert said.

Bulgaria should not enter the eurozone, the father of the currency board Steve Hanke warned

Krasen Stanchev: Most likely there will be vilification of political predecessors 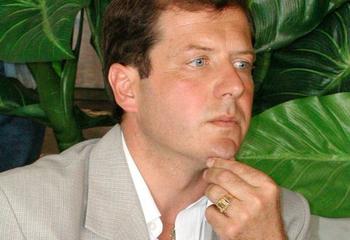