There have been talks of raising taxes in Bulgaria since the flat-rate tax of 10 percent was introduced in 2008. Every year the social suitors from BSP and the trade unions barely wait for the budget procedure to open their mouths. This year, the supporters of the progressive income tax rates are quieter, but also more insistent.

BSP has again been pressing for a progressive tax scale, which, in the words of Rumen Ovcharov, would affect the richest hundred thousand people only.

Spokeswoman of “Podkrepa” Vanya Grigorova reiterated that the current tax system is not fair and there is nothing wrong with raising some taxes.

This is not going to happen in next year's budget. But this is more than likely for Budget 2021.

Bankers, top financiers and right-wing analysts are now warning of such a development. Most of them think that the pre-election budget made up under the principle "After me the deluge" is a wonderful breeding environment for changing the tax system upwards.

Even the Bulgarian National Bank got involved.

Kalin Hristov, Deputy Governor of the BNB, warned that "there is a risk of lifting direct taxes in Bulgaria – on the citizens’ income and companies’ profits if in the coming years the budget fails to return to the trajectory of zero deficits.

The most serious question is whether Bulgaria will return to fiscal consolidation, that is, to stable finances with zero deficits after exiting the COVID-19 crisis period, Hristov said. In his words, this depends on two factors – whether the economic growth for 2021-2023 is achievable and whether measures to support households and businesses that are presented as temporary will actually be repealed after the crisis. Hristov’s words made it clear that if they are not cancelled as intended, consolidation will be called into question and this can lead to a rise in taxes on labor and capital, which are now at 10%.

"Increasing direct taxes in a shrinking workforce in the country and low levels of private investment will not have a good effect on the economy," the BNB's Deputy Governor said.

The Minister of Economy, Lachezar Borisov, tried to reassure the public but responding to the BNB's warning that a similar situation could be reached, he in fact confirmed it. He explained that taxes could soar if the budget does not return to zero deficits in the coming years.

The problem is not actually the big "target" spending because of the pandemic, but their irrevocability afterwards. As they say, in Bulgaria temporary solutions are the most durable.

The economist from the "Institute for Market Economy" Petar Ganev stressed that he does not believe the anti-crisis measures in Budget 2021, which are worth BGN 3 billion will be cancelled later.

They will stay and their price will probably be paid with higher taxes.

The inner quarrels, however, encounter unambiguous firmness from the outside. The Economist published an article: "No early elections but probably higher taxes." The reason is the pressure on the budget due to weak revenues and declining GDP, which affect Bulgaria's fiscal position. However, entering ERM II requires fiscal discipline and raising taxes would improve the fiscal balance. But this will have a short-term effect, while at the same time it will undermine the competitiveness of Bulgaria which has a reputation as one of the lowest tax countries in the EU. In other words, investors may be further rebuffed and the growth of trade and exchanges may decrease.

On the other hand, Brussels' aspirations to "put Bulgaria on the right track" (with higher taxes) are not extinguished. At the end of July it became clear that the European Commission may urge Bulgaria to raise income tax and total income tax.

The European Commission is exploring ways to trigger a previously unused article of the Treaty on European Union so as to reduce the ability of multinationals to use extremely lucrative corporate tax payment schemes. The aim is to increase revenues in the EU budget because of the costs associated with the COVID-19 pandemic.

In principle, the adoption of tax legislation in the EU requires unanimous support from all Member States. However, according to Article 116 of the EU Treaty, “When the Commission finds that an existing difference between the laws, regulations or administrative provisions of the Member States distorts the conditions of competition in the internal market and that the resulting infringement must be remedied, it shall consult the Member State concerned.

If such consultation does not lead to an agreement to remedy the infringement in question, the European Parliament and the Council, acting in accordance with the ordinary legislative procedure, shall adopt the necessary Directives.”

This means that changes to tax legislation can also be made by a simple majority and member states will not be able to veto it.

"The EU voted for huge amounts – both as a budget for the new programming period 2021-2027 and as a rescue fund of 750 billion euro. I.e., all this money has to be somehow raised. The main source is - own funds. And they come from taxes and fees", economist Rumen Galabinov explained.

The financier confirmed that it is possible to start and unify existing taxes: especially direct income taxes. "Bulgaria with its 10% is at the low level, so they will probably advise us to start raising the taxes. They are much higher in France and Germany," he stressed.

In Europe, there are different systems for taxation of labor income: high and low share, high and low progressivity. Those with a high share of the budget are countries such as France, Belgium, Italy, Sweden, Hungary, Denmark,  Austria. Bulgaria is in the middle, there are at least 10 countries with a lower share of taxes. The countries with high progressiveness are Ireland (labour taxes are the lowest in the EU), France, Belgium, Luxembourg, Italy, Great Britain and Finland. At the same time, countries with low progressiveness are Sweden, Austria, Denmark, Hungary, Poland and naturally Bulgaria. By some coincidence, countries with high labor taxes and high progressives have messed it up with the budget, and they have growing social problems!

As I have always said, I support flat, fair and low tax rates. It's always been a better idea to lower tax rates by a little bit for everyone, not by much for some. There are also political predictions and promises from businesses that revenues in the budget will increase. Will this happen in the promised way? No one knows again, especially in today's situation. Where's the problem? If reality gets away with promises, there is a risk that the pendulum swings in the opposite direction and other taxes will be raised to mend "surprising" revenue holes. And in the case of shock lifting, security will be sought, that is, hypothetically it will be for everyone - and not for some. 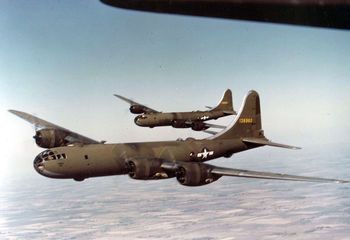