The Chief of State Prosecution outperformed  himself again.

A unique message appeared on the website of the state prosecution without rhyme or reason.

The Panel consists of representatives of the scientific community with indisputable experience in the field of law and prominent law enforcement specialists with proven professional qualities and authority..."

We’ll stop here due to lack of space. Anyone who wants to meet the members of the new panel can do so on the prosecution's website. We will only note that the announcement, according to which the participants in the council have an indisputable authority in the field of law, that they are distinguished specialists and have proven professional qualities and authority is slightly...incorrect.

Yes, there are such people among them, there are also "others" – whose monkey tricks, the abuse of written laws and unwritten moral and ethical principles we have tolerated for years. Among them - with particular might- like a freshly tinned pan on a full moon - shines the former chief prosecutor Nikola Filchev.

There is no point in explaining at length what is the humble lecturer at the Faculty of Law of the University of National and World Economy like today, because ten issues of "The BANKER" will not be enough. Therefore, we will only mark some of the monstrosities on which the sequel to the series "Parody of the Transition", dedicated to the state prosecution and its leaders, will "step".

First - Filchev  turned the prosecutor's office into his sole possession, where he and he only has the right to kill, hang and beat (the latter - in the literal sense of the word). That is why, even in a courtroom, the sad saying "There is no Criminal Code and Criminal Procedure Code in the prosecutor's office, there is what Mr. Filchev says!" has been heard more than once.

Secondly -  Filchev did absolutely nothing to control organized crime and corruption, on the contrary - during his term (1999-2006) the process of turning the traditional OCGs into mafia began. It was done according to the classic definition of the mid-1970s: the merging of organized crime with the political class in order to subject the national economy to and in favor of organized crime!

Third - although he swore at least three times on the floor of the Parliament, Nikola Filchev did absolutely nothing to expose and punish the plunderers of the state property, inherited from socialist Bulgaria. That's right – it goes about the so-called barbaric privatization. At one time he allegedly had focused on the ideologists of shredding, but today - 16-17 years after the mysterious (still) appearance of the sacred list, including  more than 40 names of former and current ministers, deputy ministers and various other senior government officials, the result is still the same - none.

Fourth - Filchev, driven by his ambition to remain in history as the chief prosecutor who had restored the splendor of the Stalin-era state prosecution and based on the principles of the father of the postulate, "The prosecutor's office is single and indivisible, each prosecutor is subordinate to the superior, and everyone is subordinate to the chief prosecutor" - Andrey Vishinsky, in 2003-2005 Filchev went to great lengths and ... succeeded. The current Code of Criminal Procedure (CPC) has armed ordinary prosecutors with so much power that their work turns worthless. While the files passing through their hands jumped sharply: from 100,000-150,000 in 2002-2003 to...270,000 in 2017 and the number of regular prosecutors remained the same - about 2,000 people.

We’ll stop here, because no one will be interested afterwards. And why did the current Chief Prosecutor Ivan Geshev outdo himself?

The answer lies in the two provisions of the Judiciary Act, which should legitimize the establishment of the expert council. Well, we read and read what is written in Art.136 and in Art.138 of the Judiciary Act and found no such a power was rendered to the Prosecutor General.  None.

Art. 136, item. 5: The Prosecutor General supervises the legality and carries out methodological guidance of the activities of all prosecutors and investigators for accurate and equal application of the laws and protection of the legal rights and interests of citizens, legal entities and the state;

Art. 138, item 1: The Chief Prosecutor directs and represents the prosecution!

Anyway!  The strange and gold-digging  interpretation  of the legal norms have begun to resemble mass sports, though. The important thing is the Chief Prosecutor has not yet decided to create his own departmental police with investigative powers, and the head of the Ministry of Interior - a departmental state prosecution! 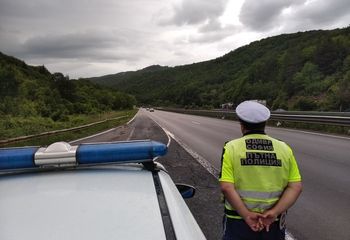