Bulgarian customs have been graded “E*” by European customs

European customs gave a rating of  “E"  to Bulgarian customs, as they discovered huge tragedies. This is what the BSP  MP  Prof. Rumen Getchev said to Focus radio on the occasion of the European Commission's latest assessment of Bulgarian economy, analyzing the major socio-economic challenges facing our country.

“Data from the  European customs inspection came out two days ago. I will only point out a matter that is likely to be the subject of discussion in the coming days.  A five-indicator  report was issued by European Customs on behalf of the EC on January, 17.  One of them gives the Bulgarian customs a good rating, the other four ratings are graded E. This means “Insufficient”, " he explained“

According to the MP, this will soon be the main topic of conversation. "This is a huge scandal that cannot be bypassed. It is linked to the deliberate, in our view, reporting inaccurate data to the NSI by BG customs. Our customs are a great tragedy. Do you remember that the first case was about a year and a half ago - there was a case in the media when some inspectors went to a border checkpoint and when the customs officers saw them get off the car,  the whole shift panicked, smashed the windows and ran into the field. There is no such case in the world. A full shift of  30 people were arrested some days ago. Only the patrol dog was not.  Ten officers have been indicted, others are being investigated. What is that -  a customs office,  a normal country? Is this the body that will submit data to the national statistics, from which we will draw some conclusions on the import of goods in Bulgaria? ",asked Prof. Gechev. "Obviously, things have reached their limit," he added.

In  Geschev’s  words, the assessment of the Bulgarian economy is, in essence, irrelevant to the Bulgarian standard of living. "The assessment of Europe is not misleading, but I will tell you on what indicators Bulgaria goes beyond imbalances. Whoever heard the arrangement of the countries must have been shocked. Good gracious, Germany, the Netherlands and Sweden are left with an imbalance. So one nation lives well, but one of the 30 indicators has a slight imbalance and the other does not have imbalances, but lives poorly. So I don't know whether to cry or laugh, "the BSP MP said. According to him, these 2019 indicators show changes in the dynamics of economy and are not an assessment of its effectiveness and competitiveness.

Getchev pointed out that in his opinion the biggest,  indisputable  imbalance in our country, not included in the assessment table, is social polarization. "We are definitely the country with the greatest amount of poor people and the least of rich ones. That is, the country with the strongest social polarization. And this is the worst imbalance that cannot be offset by any other indicators, "he further emphasized, adding that together with Romania we are placed at the bottom of the European competitiveness table.

Asked if we were mature for ERM2, the MP said that we were not ready yet. "First of all, with such lies in statistics, we will not be taken to the waiting room at Sofia Central Station, let alone in Europe. In addition, there is one indicator which you do not have to wait for all year round to know what it is. This is the indicator of inflation. We currently exceed the limits of the waiting room in terms of inflation, as in Bulgaria it is currently over 4%, and given that it cannot be higher than the lowest in the EU by a margin of 2.5%, this means that we currently do not meet one of the indicators. But even if we met this indicator requirements, we are not ready, "concluded Prof. Rumen Gechev. 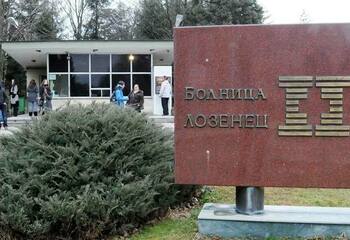 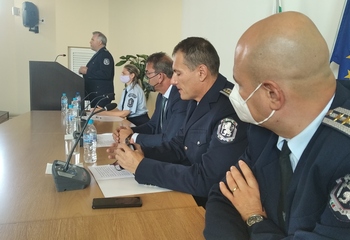