Lyubomir Datsov, former Deputy Minister of Finance and Member of the Fiscal Council, to “The BANKER”

Mr. Datsov, which event next year is more important to the government- the COVID-19 crisis or the parliamentary elections, given the priorities in the government's draft state budget?

- There are several important issues. In all the years since 2003, regardless of the situation, there was common sense to fundamentally maintain the policy and structure of public finances. In fact, this is the basis of any good policy. As with the pyramid - when its base is stable, all the smaller imperfections do not create big problems. Let's just say that a request is currently being made to breach this foundation. The policy imposed in Bulgaria in recent years is sufficiently sustainable and cannot be broken down by changes within a year. But if you continue this course long enough, the negative effects will deepen.

Most people, including me, do not object so much to macroeconomic policy itself, because it can be swallowed up, even though it is a policy of brinkmanship, as they say. Rather, we object to pointless spending and pouring out money. After all, everyone goes to work, has problems, pays their taxes with no smiles and

it is not pleasant to watch a huge part of the funds being channeled in an unaddressed, ineffective way.

for a number of projects.

There, the considerations are conspicuously similar. There is not one thing that is complex and integrated in the field of investment projects which is successful in this area. Huge amounts of money are pouring in, bypassing good practices and when you ask the logical question of why this is happening, there is no adequate answer.

How do you assess the spending policy parameters set out in Budget 2021?

I've been looking at the statistics from 1993 or 1994 if I'm not mistaken, when reforms were gradually being made and the share of public spending was reduced, i.e. after socialism and the change, the largest share of spending has been laid down for 2021. Honestly, I can predict from now on that everything,

which relates to the pouring of this money will be absorbed,

and what is associated with slightly higher administrative capacity will be saved.

And traditionally in recent years, savings have been redirected to other areas.

- I'll draw a parallel with 2009. There was a lot of criticism then, which was largely deserved. But if you open the 2009 draft budget, you will see a structured program to combat the expected crisis. The criticism at the time was directed to the wrong parameters that had been adopted. They were adopted deliberately so as not to further intensify the panic and the crisis. If you look at the movement of declines in the quarters, you will see a well-managed decline in GDP and the budget deficit. Then, beyond the disputes over the raising of pensions, someone could hardly put on the table any significant mistakes in terms of cost structuring and anti-crisis policy measures. Now there is no plan to combat the crisis in this budget, no structured common policy, no common vision so as to understand who thinks what, where they go and how they navigate the situation. There are many aspects to state governance.  For example, you need to know what the people who run the state think, what behavior they will have and what they will do in the next year.

Currently, most companies have already completed planning for the next year.
Even small and medium-sized businesses, although more flexible, already have some budget, some intentions for 2021. From this point of view, it is not good when the budget is tabled at the last minute. The companies have made their estimates on the basis of some expectations, and when these expectations are not met, it is not good for either the foreign investor or the Bulgarian one.


However, the most serious concerns seem to be about the set deficits and the accelerated growth of the government debt in the next three years…

- In general, Bulgaria has flexibility and maneuverability in this field, thanks to the reforms and restructurings that were made in 2003-2004, through the then debt reduction, which subsequently continued. Between 2001 and 2004, government debt was reduced by over 30% of GDP, this continued in 2009 and it was reduced to 14% of GDP. In fact, this is also the main difference between Bulgaria and all other countries of the European Union, with one or two exceptions. It is this behavior that gives the stability of the budget, because in the good years we have adhered strictly to the practice of making excesses and in the not-so-good ones there was reason to minimize losses.

Moreover, the tax system as a structure once again shows that it is extremely good because the role of the tax system is to monetize the budget, and when there is a crisis, the losses are minimal. And we see that we have a very balanced and well-functioning system. I emphasize it because elections are coming, and I hope the programs will take into account that when a tax system goes through two very severe crises and behaves extremely well, you don't have to play with it.

As for debt, its increase is due to the deficit. In general, debt is taken to refinance expiring debt, but the increase in debt in the medium term is always related to the existence of a deficit. If there are no deficits, there is no debt. That's how the machine works.

In fact, since the macroeconomic forecast shows a stabilization of the economy in the coming years and economic growth above 3%, there is no reason why budget consolidation is so slow and such debts are generated.

because in most areas the so-called fixed costs are raised too much.

And in the coming years they have nothing to be compensated with,

if faster fiscal consolidation needs to be done. The only way for this to happen is to raise taxes.

If consolidation is made through government spending, reforms need to be made. However, if we compare 2021 with 2019, there will be a 20-30 per cent increase in some budget aggregates that, in order to catch up in the future, will need to be frozen now. We're talking about wage and pension costs. By September, the budget was tightly controlled. I have criticized the unacceptable idea to change the direction of a budget at the end of the year - pouring some money into areas outside the budget.

This also seems to take us to the proposed third update of this year's budget. Is it necessary and what do you think of the idea of discussing it "en bloc" with the draft laws for 2021?

- What is being done in Budget 2021 is actually due to the changed ideology of the budget in the third update. None of the updates before had set out such a pointless spending of money. In fact, things I find unacceptable are being legalized. For example, completed activities under concluded contracts and those with advances for which no funds have been provided so far are being paid. To use the opportunity to make these payments now is a silly explanation. I’m not saying it does not happen but the amount of these payments is so immense that such excuses are unacceptable. No one's a fool. 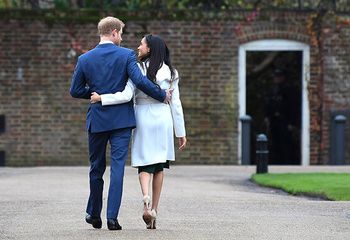 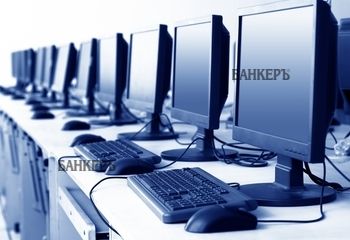