After the state of emergency, Bulgaria will be split into two speeds by the cabinet and Borissov. The chosen will be at top gear - MPs, parties, those close to power, the economically strong, and everyone else will be at a lower speed - people without jobs, without income, without the prospect of how to restore their business and jobs. From May 14, what the authorities offer to ordinary people for a long time will be a future of social assistance benefits. This was stated in a TV interview by the chairwoman of the Civic Platform "Arise.BG" Maya Manolova.

"The state of emergency is ceased, but the restrictions remain. The benefits of the changes in the Health Act are directed to the chosen and MPs, but nothing changes in a positive direction for the citizens. The deputies will receive their salaries in full, the parties will receive the full amount of the party subsidies - BGN 8 per vote,  and for the unemployed there will be BGN 9 per day ", Manolova emphasized.

What is changed regarding the citizens is the fact that banks will now be able to charge penalty interest, public executors will be able to impose seizures on debts to the state, there will be no delay in the payment of electricity, people with TEMC decisions will have to re-certify them and collectors will be able to collect receivables again.

Manolova added that the 60/40 measure also has a limited effect, after its term was shortened from July 13 to the end of June. Only BGN 12 million  have been paid under it to about 3,300 companies out of over 400,000 companies in Bulgaria. In her words, there is no economic program for getting people back to work. "There are over 100,000 new unemployed since the beginning of the crisis. There is a need for a roadmap on how to wake up the economy through jobs," she said.

The former ombudsman also announced that there will be a revision of the billions the government is talking about, of every single lev that has been spent during the crisis. “Reporting is present only for the 60/40 measure, which has covered less than 1% of the companies in the country", Manolova is adamant. She added that the Supreme Administrative Prosecutor's Office has launched an investigation into BGN 30 million transferred from one operational program to another. As for other over BGN 130 million EU funds, redirected by government decision.

"It is immoral to pour BGN 1 billion into a state-owned water and sewerage holding when people need support, but they are told there is no money in the state," Manolova meant the new state-owned water and sewerage holding, which the cabinet set up a few days ago. She added that there will be a revision of this project, as well as of BGN 500 million, given by the cabinet for the repair of over 400 dams, without such repairs actually having been undertaken. 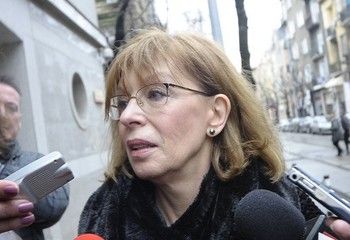 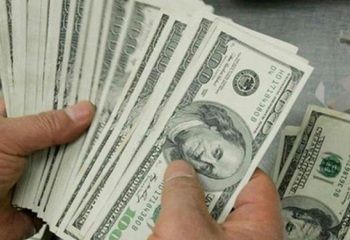