Mr. Ivanov, a topical question. As a former Minister of Justice, how would you comment on the tension between today's Justice Minister Danail Kirilov and the Supreme Court of Cassation President Lozan Panov, caused by the sanction against Judge Mitalov?

The Americans pushed the button, our ruling bodies are trying to react. But the important thing to know is that Americans pursue their own interests. In this case, it is compulsory to distinguish Bulgarian politicians from Russian influence. From this point of view, I do not regard this demarche as purely political action. But judges should be treated more carefully. Not with allegations of corruption, but with concrete evidence. While the Minister is trying to politically adjust to the wind - not very skillfully, though,  but ... what can we expect from him?

The interesting thing about this case (apart from the reputation of a judge and the desire of the government not to fall between two stools) is another: the whole anti-corruption policy of the government is already at stake. Because the Specialized Criminal Court was created under the first governance of GERB - personally by Tsatsarov and as a showcase of their will to fight corruption. In practice, however, a repressive court was established, directly subordinate to the prosecution. This genesis is very important, it is another deception.

And maybe that was the desired effect? Everything in the judiciary has to be subordinated  in the name of "selective  shooting"?

The whole country is already specialized - power and repressive resources are concentrated in the hands of those who have to crush everything in a row.

Who are the "those who have to"?  Political power or the behind-the-scene prosecutorial-oligarchic center?

Power is always political. The question is whether it is concentrated in the legitimate institutions. Do those we know as ministers, magistrates and lawmakers really make decisions? Or are they the most ordinary mailboxes that personify the façade democracy, the controlled state, the deep state? Without comprehending this construction, we cannot explain what is happening in Bulgaria. The real power is in the hands of people who are not legitimately empowered through elections. So the big political issue of our freedom and our statehood is how to reconnect the real power to the formal state institutions.

For this purpose, power must first be taken to be cleansed.

This reconnection requires a whole series of measures. And this is the historical task of our generation.

Does the thesis of the deep state mean that Prime Minister Borisov is also a subcontractor?

Absolutely. Mr. Borisov is a talented performer, but others are calling the tune. He is selected, imposed and installed in this position, but the end of his usefulness is near. Day after day he is getting more and more dependent on MRF. The collective name of what we call "deep state" is "the serails".  Not just Dogan himself, but the entire toxic circle of the supposedly former State Security.  Plus... lobbyists for Russian and other foreign interests. In his traditional New Year's speech, Mr Dogan only assured the subcontractor Borisov that he would not be ousted.

Is the wind that drives this political mill blowing from the northeast?

To a greater extent, things are concentrated in Bulgarian clans that negotiate certain parameters with foreign centers and provide legitimation and support. Power is important, money goes after it. Vassil Bozhkov thought he was untouchable, but he was liquidated economically in a matter of days. Because he had lived out his usefulness for the deep state and had become an obstacle to its facade renovation. Mr. Geshev has been appointed as a cleaner to sweep the floor and air the attic. And that has nothing to do with justice. It was the same with Tsvetan Vasilev. The two puppets are suddenly cut off of the threads and agonize on stage to show us the power of retribution. This turns the audience into a joyful crowd  that is happy to see the former big man  being dragged along the street, smeared with tar and covered with feathers. They want to please us so we don't ask for justice. The deep state tears its tail like a lizard in order to convince the Bulgarian public that we have a new situation. And that new millionaires, bankers, collectors - nameless, varnished and young people who have nothing in common with the 90-ies of the last century will not be appointed in the vacant places.

It is been rumoured that Mr. Bozhkov has shown some political appetite…

I don’t believe this. He supported the political authorities. Who legitimized his collection? And what political factors provided him with the opportunity to showcase criminal close ties with power without paying $ 500 million in taxes? The Ministry of Finance is just the first stop on these issues. We know how Geshev eliminated Tsvetan Vasilev - without asking a single question about his puppeteers.

They even prevent him from speaking in court ...

They don't want that. If they wanted him to be in Sofia, the Bulgarian government would exert some pressure and  Geshev wouldn’t have tossed around Brussels corridors , entering  into a political role.

Since we're talking about an algorithm, it's good to get into the arithmetic of your future moves. When President Rumen Radev made his notorious statement against the government, he apparently set his own role as an opposition center. Do you really support him, we are left with that impression…

I have said that his findings are true but  his actions have no political and practical value if they are not followed by concrete results. The president has powers  but with this request he just opened his election campaign. A move that does not help the construction cause of the Bulgarian statehood. I fear that in the name of his campaign he will also put aside his request to initiate constitutional changes regarding the prosecution.

What are your criteria for a political partnership?

What I am interested in are the concrete steps to dismantle the deep state, to free the captive Bulgarian state. These steps start with the prosecution, so the criteria for partnership are simple. Borisov's replacement with another broker (or subcontractor) does not lead to anywhere. When I hear someone speaking bravely and clearly that we have a structural problem with the prosecution and the controlled state, and that person takes specific risks, I will stand behind them. Many Bulgarian politicians see the problem but dare not set it. President Radev did it and was immediately slapped.

This means only one thing - constitutional changes are needed. What is your program horizon?

Constitutional changes should be initiated by people who have the necessary powers. That's why my call to the president is to exercise his powers. When there is a political and legal fact of initiating constitutional changes, any political formation will have to take a position and assume responsibility before the Bulgarian citizens. This will change the game. I am sure that if anyone dares and makes meaningful and ambitious changes to the registry of the National Assembly this will very strongly alter the balance of political relations. 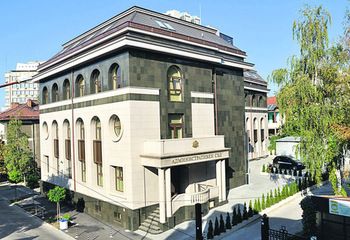