Experts have been arguing for years about the benefits of the Belene project, but after initially denying it, the current government stubbornly believes in its development with foreign investors.

More than 30 years have passed since the beginning of the construction of the second nuclear power plant in our country. Its construction is still at ground zero. What is even stranger is that this tormented project which has no analogue in the world once again catches the eyes of investors and politicians, and especially the latter. Recently, Prime Minister Boyko Borissov himself preceded the events in a political speech, explaining that three serious international companies are forming a consortium to build the plant. Their names are well-known to everyone but what does it actually mean.

The first and main candidate is and will always be the Russian state corporation Rosatom. Even after thousands of disputes and arbitrations in the last ten years the Russian company remains an equipment manufacturer and a major supplier to the project. If this company gives up participating, the chances of the construction fall dramatically.

The consortium also includes the American General Electric Steam Power and the French Framatome. These two companies are well known to Rosatom. It is cooperating with them in the projects for the Hungarian Paks-2 NPP and the Hanhikivi-1 NPP in Finland. The Finnish plant is being built with a huge delay and there are still many uncertainties as to when it can be completed. Rosatom is also partnering with General Electric for the Akkuyu nuclear power plant in Turkey and the Dabaa nuclear power plant in Egypt.

There, the American company also supplies equipment for the turbines.

In general, the consortium will lie on the principle - the Russians supply the machines and reactors and the control electronics will be of French and American production. The supply of nuclear fuel will be in question one day, but that is far ahead of time.

Naturally, the government is now trying to present the project as very promising, despite its 30-year history. But this is for the general public and presents an attempt of self-persuasion. We will find out what the situation is after potential investors enter the information room of NEC to get acquainted with the detailed documentation. This will happen after quarantine measures in our country are lifted as well as in the countries of potential investors. The same refers to the applicants from China and Korea.

Unlike the authorities, however, Bulgarian experts are becoming increasingly critical of Belene's future. The chairman of the board of the Institute of Energy Management Slavcho Neykov explained that the project was irreversibly terminated several years ago and the current attempts of the government to revive it are unlikely to lead to success. And in the current crisis, it is perfectly reasonable for funding problems to arise.

The signed memorandums are declarations for future understanding only if the construction of the Belene NPP ever starts, said Ivan Hinovski, chairman of the Bulgarian Energy and Mining Forum. It is still unclear whether this project will be built on the model of the Hungarian Paks NPP, which is similar in financial terms and parameters. In that case, Bulgaria will have to pay another 2.5 billion euros for insurance, financing, etc., Hinovski believes.

The agreement reached within the procedure for selecting a strategic investor will probably predetermine the final decision, energy expert Prof. Atanas Tasev told BNT. According to him, no one can work out this project without Russia, as it holds the controlling stake. The important thing is that it takes suppliers for the non-nuclear part. Now they are participating with a commodity loan and easing the Rosatom financing scheme, Tasev said.

There is something else. It is no secret that the Belene NPP is quite dependent on the political situation in our country. And if the ruling party wants to complete what it has started, the MRF, for example, is firmly against it.

"The Belene NPP must work. We can exist without a nuclear power plant, but in times of risk you rely only on what you have. I think that replacing some capacities with others is a good option," Valentin Nikolov, the chairman of the parliamentary committee on energy noted, referring to the inevitable end of coal energy in our country.

However, such a project is a political adventure for MRF energy expert Ramadan Atalay and in view of future EU green policies, it is better for the country to invest efforts and funds in building green power plants and energy efficiency.

Atalay is convinced that the European Commission would finance the construction of a hydropower plant on the Danube between Nikopol and the Romanian city of Turnu Magurele, as well as between Silistra and Calarasi.

Plamen Mladenovski, who heads the Electricity and Heat Energy Directorate of the Energy and Water Regulatory Commission, is likely to be its new chairman. We recall that MPs recently approved amendments to the Energy Act, which introduced a relief for the future head of the commission. He will now be required to have at least 5 years of experience in this field and to have held a managerial position. The previous requirements include   at least 10 years of experience, of which at least seven in the sector. The change seems to be aimed at Mladenovski taking over the management of the regulator. 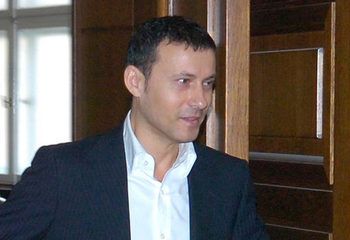