These days, former Deputy Prime Minister and current Deputy Speaker of the National Assembly Valery Simeonov has once again caused headache to his big partner in the governing coalition, Prime Minister and GERB leader Boyko Borisov. In his typical abrupt style, the chairman of the NFSB accused two bTV journalists of corruption. No evidence, of course. He just disliked that they did not immediately publicize the accusations of the other gambling bosses – the Naydenov brothers against their former partner Vasil Bozhkov. They withheld the information to check it. And then he rejected the right of BNT journalists to have an opinion on the matter and  share it publicly.

The prime minister had to distinguish himself from his colleague again and explain that he would not do so. Although a few days earlier, on another occasion, he called the some reporters "geese." Well, he knew it right away and apologized. In any case, Borisov must always be vigilant what kind of mess the small coalition partner will cause, what will hit him out of the blue and not to have his fingers burnt. It is like standing upright with a hedgehog in your pants,  wondering which pin prick is preferable - if you sit down or take a step forward. Because the third option - to throw the creature out of its asylum - is impossible.

Borisov's coalition with the Patriots in his third term of office seems to be the most difficult. Last but not least, because some of his partners are more big-mouthed, rougher (by nature), and more insolent than he himself. During the time of Jean Videnov, his then Deputy Prime Minister Rumen Gechev got the nickname "Striking Mouth" not without a reason. A title Valeri Simeonov can also apply for most deservedly.

He has been in office for three years now and  has done nothing else.

gaffe after gaffe , screw-ups  and  conflicts,

Starting with the idea of ​​eliminating length-of-service additional payments, going through appointments of people raising the right hand in a Nazi salute, taking joke photos at the Buchenwald concentration camp and finally ending up with the case of an elderly Turkish woman, being pulled and pushed at the border.

Then there was the scandal with the German green MEP Ska Keller. Our patriot "kindly" called her a "green jihadist", showing the self-esteem of "a well-paid seconded circumciser", who interferes with  BG internal affairs supposedly protecting our nature from investment violations of dubious businessmen.

In his term as a Member of Parliament in the previous parliament, Simeonov condemned Gypsies as "brutal humanoid" and their wives – as being "with instincts of street bitches." Because of his foul-mouthed style, he was convicted by a Burgas District Court on a complaint filed by two Roma journalists and the US Embassy in Sofia sent a protest note to the Prime Minister.

The NFSB leader also allowed himself another luxury: to broadcast indirect threats to Viktor Nikolaev, a presenter in the morning block of Nova Television. But the peak of his "creativity" was his rude address to the mothers of children with disabilities, whom he called ... "screaming  women with allegedly sick children."

To the exploits of the man, who is given numerous nicknames on social networks, we can add his tours through the discos at Sunny Beach, accompanied by police officers and the unplugging of the DJ equipment cables.

After being forced under public pressure to leave the post of deputy prime minister (Prime Minister Boyko Borisov never dared to ask for his resignation so as not to crush the coalition and bring down the government) - for insulting the mothers of children with disabilities, Valery Simeonov hid himself  in parliament. But you can never keep him down. In every respect.

At the suggestion of the United Patriots MPs, he was elected Deputy Speaker of the National Assembly, which again enraged the mothers of children with disabilities and the "System kills us." Absolutely right. Because, like most "things" in our country,

being elected may be legitimate, but it is by no means moral.

At least because of the unforgivably offensive language he uses against various members of society. And secondly, because he is not aware of his actions and does not feel guilty. Let alone remorse. For an apology – don’t even mention. However, perhaps Valerie Simeonov himself feels somewhere deep inside that his electing is problematic and not quite in place. That is why, since he has been the Deputy Speaker of the Parliament, he has never sat in the Presidium – next to the Speaker Tsveta Karayancheva. So as not to tease the moral receptors of society.

As a matter of fact, GERB lawmakers also felt it was not quite right for Simeonov to take up this post after all his gaffes and blunders. On the other hand, they must also preserve the stability of the governing coalition and for that reason they often turn a blind eye to Simeonov's lobbying legal amendments with the idea that public opinion will rebel and the "trick" will not serve.

Still as Deputy Prime Minister, the NPSF leader was one of the initiators of the scandalous amendments to the Pirin National Park Management Plan, allowing massive logging and construction on more than half of the park. Subsequently, the Supreme Administrative Court rejected those amendments as unlawful. At that time, the Big Mouthed Vice  had vowed that if these changes did not take place, he would throw himself off the Burgas Bridge with a rail on his neck. SAC gave him a brush-off and he still keeps waiting on the beach – no rail, no jump.

These days, Simeonov had to quietly withdraw some of his other texts that lobbied for private interests. It goes about the amendments to the Safe Use of Nuclear Energy Act, through which... the Water Act is to be repaired without a word. His idea was to abolish bans on surface water intakes for generating electricity from protected areas. This amendment would certainly lead Bulgaria to penal procedures for failing to comply with a bunch of European rules and international agreements, but we fortunately got away with it - thanks to a wave of public discontent and street protests.

It was Valery Simeonov who tabled the  proposal to “repair” the Gambling Act, which donated private lotteries to the state ... for now! 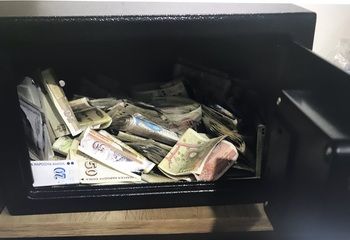 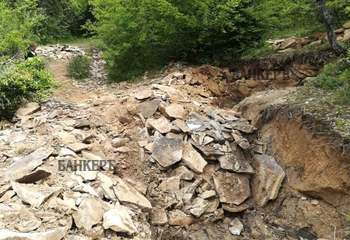