A Deep Imprint of the Government's Election Campaign on the Budget

"I've never heard before a state budget in the world being anti-pandemic," the economist Prof. Boyan Durankev, lecturer at the University of National and World Economy said to BNR in a commentary on the draft state budget for 2021. He added that seven months had already passed since the pandemic and that the government had proved unprepared again.

According to him, this budget is based on an inaccurate diagnosis of the state of the Bulgarian and European economy at the moment.

"I would say that I miss Vladi Goranov (former Minister of Finance in the current government of Boyko Borisov – ed. note). He would push some measures harder and stop this indiscriminate pre-election spending ", the professor commented and added that in the times of Todor Zhivkov there was no such spending.

In the words of the economist, all political parties officially and GERB informally act in this direction – they work so as to win the elections, "including by direct and not like before, by indirect encouragement on election day".

Prof. Durankev stressed that there is a heavy imprint of the election campaign of the rulers of GERB and United Patriots on the budget.

“This has always been the case so far - all governments opened the Treasury before elections," he said and stressed that handing out money a head is not effective and "does not push the economy", which is one of the main tasks in times of crisis.

The Economist outlined a forecast that if the pandemic is defeated by the end of 2022, Bulgaria will return to the level of 2019. 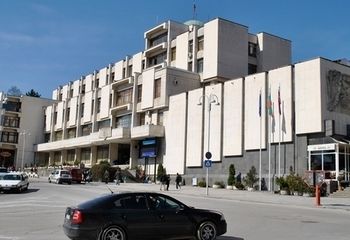