We're forever inundated with new technology concepts claiming to be innovations and promising to be the next big thing to shake up the industry. However, when it comes to blockchain, few can boast to have been as disruptive or as transformative.

Often described as a distributed database, blockchain gives professionals a means to securely store data in ordered records that update in real time. While it is often overshadowed in the news by the technology it powers, such as Bitcoin, blockchain is revolutionising the way vital information is stored and accessed.

The rise of cryptocurrencies has allowed blockchain technology to flourish, and its role as a public ledger is proving fundamental to the success of Bitcoin. The peer-to-peer network and timestamping server that makes up Bitcoin's blockchain allows it to track every transaction on the currency in real time. Digital currencies simply wouldn't work without it.

Blockchain first emerged as a ledger for Bitcoin in 2008, yet the original creator of the technology remains unknown. The individual widely cited as its creator is Satoshi Nakamoto, yet this is likely a pseudonym and possibly refers to more than one person.

It was primarily introduced to fix the issue of 'double-spending', a technical flaw that allowed people to transfer the same digital tokens multiple times. Yet it also allowed for a decentralised currency, free from government oversight and layers of bureaucracy.

Although it's early years were tied to Bitcoin, it became quickly apparent that a public ledger could be applied to many other industries. It's incredibly secure, fault-tolerant systems are able to store data in a decentralised way, providing a 'neutral' place to house highly sensitive data, such as identity information and insurance records.

The rise of blocks

As the name suggests, Blockchain systems are organised into 'blocks', each one carrying a unique timestamp that can be linked back to an older block. That's incredibly useful for industries where it's essential to be able to track information by time and event.

Another great thing about blockchains is that they're often highly resistant to editing. This means that once data has been recorded in a block, it can't be retroactively changed. While normally this would be frustrating, it provides a means to accurately verify transactions. Creators of Blockchains are also able to configure them to trigger transactions automatically, increasing the efficiency and accuracy at which data is processed.

As a decentralised type of public ledger, blockchains are commonly operated through thousands of global computers. Thanks to this, users are able to organise and audit information quickly and efficiently. In most scenarios, people running and using blockchain systems take collaborative approaches and may have common aims.

If you work in the financial services sector, for example, your main intention is to ensure that you have a safe, secure way to store and process customer transactions. A physical file room may have dominated in the past, but with technology like blockchain, you can process timely data more accurately.

Blockchain could also bode well for more affordable financial processes and diminish the chance of fraudulent activity at the same time. Such systems are mainly in the experimental phase right now, but they're always advancing and we'll no doubt see more use cases come to light in the foreseeable future.

Much like the field of cloud computing, the function and implementation of blockchain can vary significantly depending on whether it's designed to be public or private. The primary distinction between these types comes down to who can access a system.

Public blockchains operate a shared network that allows anyone to maintain the ledger and participate in the execution of blockchain protocol - in other words, authorise the creation of blocks. It's essential for services such as Bitcoin, which operates the largest public blockchain, as it needs to encourage as many users as possible to its ledger to ensure the currency grows.

Public blockchains are considered entirely decentralised, but in order to maintain trust, they typically employ economic incentives, such as cryptocurrencies, and cryptographic verification. This verification process requires every user, or 'node', to solve increasingly complex and resource intensive problems known as a 'proof of work', in order to stay in sync.

This means public blockchains often require immense computational power to maintain the ledger, which only worsens as more nodes are added, and predicting how much that will increase is difficult. Given the number of voices in the community, it's also incredibly difficult to reach a consensus on any technical changes to a public blockchain - as demonstrated by Bitcoin's two recent hard forks.

Private blockchains are arguably the antithesis of what the technology was originally designed for. Instead of a decentralised, open ledger, a private blockchain is entirely centralised, maintained by nodes belonging to a single organisation or entity.

It's a novel design tweak that has allowed the technology to flourish within those organisations looking for the same streamlined transactions afforded by public blockchains, only with highly restricted access. As there are fewer participants on the network, transactions are normally cheaper and verified far quicker on private chains, and fixes to faults or network upgrades can be implemented almost immediately.

In order to share the data stored on a private chain, they often operate using a permission-based system, in which node participants are able to grant read access to external parties, such as auditors or regulators looking to check the inner workings of a company.

Unfortunately, as there are fewer nodes maintaining the blockchain, it can't offer the same high levels of security afforded by decentralised chains.

'Consortium' is best described as the 'hybrid cloud' of blockchain. It provides the robust controls and 'high trust' transactions of private blockchains, only without being confined to the oversight of a single entity.

It sits somewhere in the middle. Although they provide the same limited access and high efficiency afforded by private blockchains, dedicated nodes are set aside to be controlled by external companies or agents, instead of having only read access under a private blockchain.

The easiest way to understand how it differs is to think of consortium blockchains as the equivalent of a council group - with each member having responsibility for maintaining the blockchain, and each having permissions to give read access.

Given its collaborative design, it's a perfect solution for supporting the work of government committees or industry action groups where a number of companies may come together to tackle an issue - whether that be industries working to combat climate change or maintaining a shared ledger to support the work of the United Nations.

Blockchain faces a bit of an identity crisis in the tech industry. It's often used as a catch-all term for a de-centralised, distributed database. However, in reality, blockchain is only one form of a wider emerging phenomenon known as distributed ledger technology (DLT).

A distributed ledger, as the name suggests, can be best thought of as a database that's spread across multiple sites, whether that be buildings, organisations, or even countries. The system makes it possible to avoid the need for a centralised storage or a mediator, as the network itself is responsible for authorising and recording transactions. As there's no central database that people would normally connect to, a consensus must be reached across the entire network before a change is approved.

The idea is fast becoming the go-to option for industries looking to modernise the way transactions are handled, with the solution proving to be particularly disruptive in the financial sector.

DLT comes in a variety of formats, although the core idea of decentralised control remains. One type of distributed ledger allows data to be stored on separate nodes. For example, banking records that begin with 'a' may be stored on one node in a specific location, with those beginning with 'z' stored in another. This means that the data is spread across the network rather than replicated to each participant as it is in a traditional database, making it incredibly difficult to exploit.

The term blockchain refers to yet another type of distributed ledger that differs from the example above. Simply put, blockchain refers to a specific data structure in which entries are stored in blocks. It's a way of managing data in a way that provides synchronisation between all participants on a network, something that is essential for supporting technology like cryptocurrencies.

However, despite its success as the building block of currencies like Bitcoin, the system doesn't necessarily need to have miners and tokens to qualify as a blockchain - the term simply refers to the structure of arranging data into blocks. Blockchains, as a result, are decentralised ledgers where data is replicated rather than distributed.

Unfortunately, the frequency at which blockchain and distributed ledger are used interchangeably has created confusion over the technology as a whole, leading many to dismiss blockchain as simply a tool for Bitcoin. 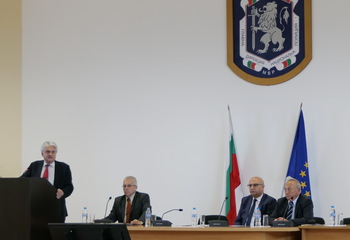 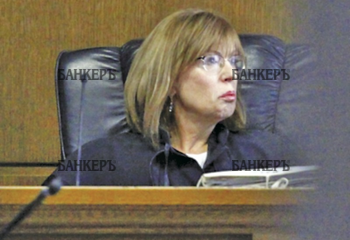