Top 10 things you must know about cryptocurrency by Blockchain guru

Many of the predictions Blockchain gurus Alex Tapscott and Don Tapscott made predictions in 2017 held up and some were even ridiculed, notably when forecasting that bitcoin would nearly triple in value.

Now Don Tapscott, Co-founder of the Blockchain Research Institute, has revealed his ten predictions for cryptocurrencies in 2018.

1. Cryptocurrencies value will continues to grow and more people will invest

Mr Tapscott said: “Forget about a massive and permanent crash. Cryptoassets will be volatile, and there will be melt-downs, but expect an overall increase in value, as long as innovation in functionality continues.

“We will see a flood of institutional, retail and family office money entering the market.

“Over the next years, most of the cryptocurrencies on the top 10 will be superseded by platforms that have more powerful functionality.”

2. Businesses will embrace cryptocurrencies and look at innovative blockchain  projects

“Ethereum to continue to grow, not just in value but in the number of game-changing Dapps built on it,” said Mr Tapscott.

His new platforms to watch in 2018 include Cosmos, Aion, ICON, and Polkadot.

Mr Tapscott predicts that in 2018 there will be plenty of opportunities for new ICOs where tokens represent something of value other than a stake of ownership in a company.

He said: “Consider the possibility of a $10 billion ICO from Tesla. Here’s a thought experiment: There are at least 10 million Tesla fans in the world who can’t buy a Tesla (because they live in places like Nigeria, Pakistan where one can’t purchase a Tesla or else they don’t have enough money). But they’d love to be part of the community and have a stake in the future of the company, and could easily put up $1,000 for a Model-3 Coin, or TeslaToken of some kind.

“This smart security could simply represent simple ownership in a new product, or in the company itself.”

5. Taking ownership of your own personal data

Managing your own personal data is in your best interests says Mr Tapscott. He thinks people will use blockchain to create a personal “digital black box”.

This secure data can then be used by the owner as they see fit. Even sell access to it if they wish so.

Mr Tapscott said: “In 2018 keep an eye on technology companies like uPort from ConsenSys, Civic, or Sovrin, to provide individuals with authority and autonomy over their identity.”

6. In 2018 technology giants will embrace cryptocurrencies

Mr Tapscott warns that this year “Digital Conglomerates” such as, Google Facebook, Amazon and Apple, will invest heavily in blockchain technologies.

He said: “I have no doubt Facebook is exploring cryptocurrency payments within the Facebook Messenger platform or some other token-related initiative.

“We may even see an acquisition attempt by Facebook.”

Fiat money is a currency that a government has declared to be legal tender but is not backed by a physical commodity, such as gold or silver. Fiat money is based solely on the faith and credit of the economy.

He said: “Evidence suggests that in 2018 that a growing number of larger retailers and service providers will accept bitcoin (and cryptocurrency in general) as payment.”

8. 2018 will be the year of regulation for blockchain and cryptocurrencies

Mr Tapscott believes “some regulation can be helpful” especially in the highly speculative world of ICOs.

He said: “Where entrepreneurs have raised more than $3 billion by issuing digital tokens, regulation is urgently needed.”

Jay Clayton, Chairman of the Securities and Exchange Commission in the US,  said: “I believe that initial coin offerings—whether they represent offerings of securities or not—can be effective ways for entrepreneurs and others to raise funding, including for innovative projects.”

Mr Tapscott predicts this year we will see the deployment of distributed energy and peer-to-peer trading of energy tokens generated from sustainable sources.

He said: “Blockchain and smart contracts will enable new enterprises to engage everyone in living more sustainably. Tokenized carbon credits will be transacted through smart contracts at marketplaces like Veridium.

“I see enterprises balancing excess carbon emissions throughout their supply chains to create carbon neutrality in the manufacturing of products and services.”

10. Cryptocurrency security will become even stronger and more secure

Mr Tapscott believes hacks won’t stop next year and will still occur in exchanges, wallets and applications but credits that overall blockchain and crypto robustness will grow.

He said: “The more cryptocurrencies are attacked, the stronger they become.” 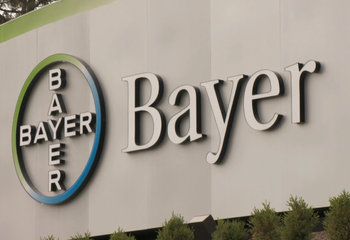 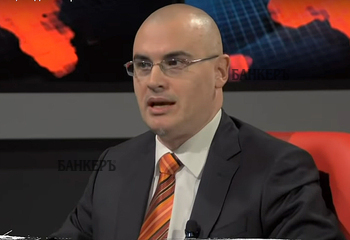