November 11, 10 a.m., Business Centre Interpred, 6th floor. There is a crowd of foreigners in one of the halls who seem engulfed in loud discussions. There are white-and-blue posters on the walls, reading West-East Bank. At about 10.30 a.m. the doors of the hall are closed and for nearly one hour all accesss for outside observers is forbidden. It is revealed that in the room takes place the constituent assembly of the future West-East Bank. At about 11.30 a.m. the forum is over. Four of the participants - Slovenians, accompanied by lawyers, interpreters and consultants, take to BNB to meet Deputy Governor Emilia Milanova who is also Head of the Bank Supervision Department. This is the institution which has to estimate whether BNB will grant a license to the new bank. At the meeting with Milanova the Slovenians revealed bank's shareholders, the size of its tier-one capital and its market policy.The BANKER weekly has learnt that the capital of West-East Bank will be EUR7MN (about BGN14MN). Over 72% will be owned by an affiliate structure of the biggest Slovenian credit institution Nova Ljubljanska Banka which assets are estimated to over EUR9BN and its net worth - to EUR500MN. Early this autumn 40% of the shares of the Slovenian credit institution were purchased by the Belgian KBC Bank.The Bank Supervision Department is said to have insisted on Nova Ljubljanska Bank to be engaged to own a stake of West-East Bank's equity capital. However, Andrey Hazaband, Vice President of the Slovenian bank, who took part in the meeting, explained that his country's legislation posed some problems to such involvement. Therefore, the 72% stake of West-East Bank's capital will most probably be owned by LB Maxima - the investment fund which is owned by Nova Ljubljanska.During the talks Darko Hormar, President of the Slovenian investment fund Activa Group confirmed that the fund will take part of West-East Bank's capital through its affiliate company Activa Holding which would purchase 24.9% of the new Bulgarian bank's shares. The third capital owner will be the Slovenian Faktor Bank with a stake of 3 per cent. At the meeting with BNB's representatives, Borris Pesjak, President of Faktor Bank, confirmed the investment.The Lebanese Safi Harb fell off the list of West-East Bank's shareholders. He was servant at the World Bank and was responsible for the privatisation in Slovenia. The initial plans of bank's establishers were that Harb should own 25% of the shares. But insiders reveal that his application was not approvingly looked upon by the Central Bank of Lebanon as Harb's relationships with sonme of its heads were not flourishing. Therefore it was decided that the Lebanese would not participate in the bank's capital and his stake would be taken by either Nova Ljubljanska or its fund LB Maxima. 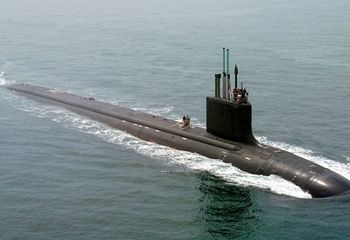