The United Bulgarian Bank (UBB) Management Board has taken a decision to sell the Mlechen Pat and Millenium Center companies. At the moment they are collecting offers from prospective buyers, and will subsequently start negotiations. Bank management is of the opinion that selling both companies will bring to the bank about USD6MN.
UBB is the sole owner of the Nova Zagora based dairy company Mlechen Pat. Annual sales of the company reach about USD8MN and its assets are evaluated at almost USD3MN. It was established in 1991 as a joint venture between Nova Zagora Bank (which jointly with 21 other credit institutions formed UBB in 1993) and the Ustrem co-op. The bank has financed the purchase, installation and putting into operation of the production lines of the joint venture.
Production started in 1995 after the registration of Mlechen Pat JSCo. UBB owns 97% of the company's capital, and Ustrem co-op - 3%. The latter was, however, put on liquidation and in 1999 the bank bought out its shares. Some legal problems were delaying the sale of Mlechen Pat for almost a year. In the summer of 2000 they were resolved and at the end of last year the sale procedure was opened with negotiations with a potential buyer. Till now three investors have shown their interest in buying Mlechen Pat.
UBB owns 75% of the Millenium Center shares. It was established in 1999 and its capital amounts to BGL6MN. The remaining 25% belong to Big Sofia Municipality. The company has an interesting development. In 1993 the Razvitie Fund bought the rights for building on a ground of 7 dka situated behind the National Palace of Culture. The deal was fully financed by UBB, and the idea was to build two 12-floor buildings which would house the bank's headquarters and a contemporary business center.
Due to the deteriorated business environment in the country, UBB decided to withdraw from the project. All attempts which Razvitie Fund made to sell the rights for building to a foreign investor failed, as the companies insisted on buying the ground as well. The 7 dka ground belongs to Big Sofia Municipality. Later Razvitie Fund transferred the rights for building to UBB. The bank managed to reach an agreement with the municipality and in 1999 was established the company Millenium Center. UBB apported to the company capital the rights for building, and the company - the 7 dka ground. The company assets are evaluated at USD4MN and at present UBB is negotiating its sale to a foreign investor. In case the negotiations are successful, the credit institution will receive USD3MN from this deal. 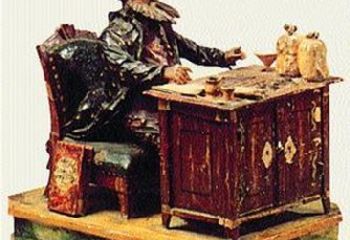 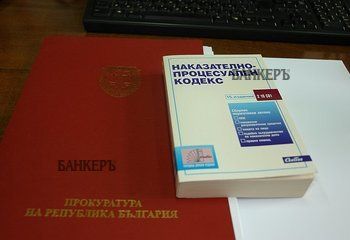