Four technical problems with planes of the Bulgaria Air company occurred within three weeks and brought again to light the problem with the condition of the machines of the national carrier. On October 10, a Boeing 737-300 flying from Amsterdam to Varna was forced to make an emergency landing on the airport in Frankfurt because of dropped pressure of fuel in one of the engines. There were 13 passengers aboard who were transported by a chartered flight to Varna.A few hours later the transport ministry informed that a committee was established to make an extraordinary check and clarify the reasons for the latest incident with a Bulgaria Air plane as well as the level of technical maintenance of the company's aircraft. Valeri Venkov, Head of the Aircraft Exploitation Department, was appointed chairman of the committee. On the following day the Minister of Transport, Peter Mutafchiev, ordered that experts from the Civil Aviation Administration form committees, too. According to the official press release, they will inspect the ongoing preparation of the aviation equipment, the airports and the Air Traffic Control for exploitation in autumn and winter conditions, as well as the growing number of technical failures.There are plenty of reasons for the inspection. On October 3, the flight from Sofia to Madrid arrived more than three hours later than scheduled, and a day earlier a navigation system problem forced a plane of the company to land back in Sofia just an hour after it departed. The plane landed without problems, but some of the 80 passengers asked their money back as they missed a connection in Paris and thus spoiled their trips.Bulgaria Air has not been lucky on the Sofia-Paris-Sofia route, either. On September 21, a flight on that destination was late, too. The reason was a cracked glass of the pilot's cabin which made the plane land back right after departing. Eventually, the machine was replaced by another one, but the transfer of the luggage and the passengers took more than three hours during which dozens of passengers waited for the return flight on the airport in Paris. The stress grew additionally because of the lack of information about the reason for the delay. Bulgaria Air provided the waiting passengers with lunch, but not even ten per cent of them took profit of the offer. The restaurant was located outside the sanitary room of the airport where they were waiting and in order to reach it, the passengers had to wait on a queue along with the hundreds of arriving ones and then again pass through the border control in order to enter the waiting room. All that has nothing to do with the promise for a fast and easy trip.In fact, the BANKER weekly wrote a year ago that such problems were possible unless the leased Boeings, produced back in 1989, were repaired. Not long after that two of these planes showed defects that were quite similar to the present ones. Apparently, however, the company paid attention neither to the experts' warnings nor to the appeal of the then minister of transport Nikolay Vassilev. At the beginning of 2005 he announced that he would give instructions to the Bulgaria Air management to gradually replace its planes by machines younger than ten years. It is interesting to see what measures the present titular of the ministry Peter Mutafchiev is going to take. 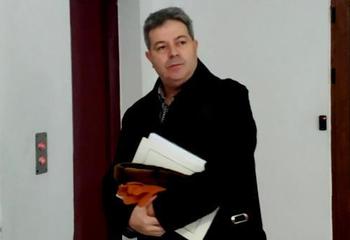