Three consortia had filed offers for the restructuring of Bulgartabac Holding by the elapse of the deadline, April 25. These are: First Finance Brokerage House - Legacom, Kambourov - Transacta - Bulbrokers, and the Lawyers Firm Subev and Partners - Euro-finance AD - Balkan Consultancy Company OOD. The chosen consultant should prepare the analyses, necessary for the sale of most of the companies within the holding's structure, with the exception of Sofia-BT, Blagoevgrad-BT, Plovdiv-BT, Sluntse Stara Zagora-BT, and the processing Pleven-BT enterprise. Four cigarette factories, ten processing enterprises, and a manufacturer of packing and auxiliary materials, are currently under Bulgartabac's umbrella.
The programme for the holding's restructuring and privatisation was ready in the beginning of 2006 and projects that several companies will remain in operation.
The possibilities for Bulgartabac's sale after its restructuring are still three. The holding could be sold out as a whole enterprise, the companies within its structure could be put up for sale separately, or offered on the stock exchange. The non-operating enterprises and some of the operating tobacco companies are to be divested in 2006. If no candidate buyers turn up they will be liquidated and their assets sold out. In addition to the cigarette factories in Sofia, Plovdiv, Blagoevgrad and Stara Zagora, interest has been shown towards the Plovdiv-based Yuriy Gagarin BT enterprise for cigarette packs. It will be sold out through a tender and or will be put up for sale on the exchange in case there are no candidates for it.
A reduction of the range and families of cigarettes has been projected due to the stagnation on the domestic market of cigarettes after the introduction of the higher excise duties. Production of non-standard sizes such as 120-mm or 94-mm cigarettes, or packages of 10 or 17 cigarettes will be considered as well. The holding's audited 2005 profit amounted to BGN12.36MN, or BGN1.67 per share, vs BGN8.02MN (BGN1.09 apiece) for the previous year. Net sales proceeds registered a 8.3% decline from 2004 to BGN30.22MN. 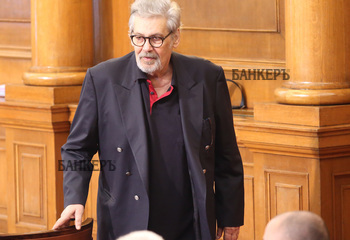