THE END OF THE CLINICAL PATHS IS NEAR

A few days after the new Minister of Healthcare Radoslav Gaydarski entered the building of his department, he ordered inspections in the ten hospitals in which the biggest debts had been accumulated. Unpaid bills for consumed materials in the hospital sector amount to over BGN100MN, Mr. Gaydarski announced. He also threatened he would sanction directors who have taken the liberty to waste money. However, hospital managers say that the main problem consists in the methodology of payment.Currently, the National Healthcare Insurance Fund (NHIF) makes payments to the hospitals on the basis of implemented clinical paths. They represent a collection of instructions describing the necessary number of manipulations and tests for a certain disease. Besides, the treatment of some diagnoses is financed by the Ministry of Healthcare. But the money that hospitals receive from both sources does not correspond to the expenses they really make. That is how medical centres are doomed to end every year with huge debts which the government is forced to pay off.Everybody in the healthcare branch understands that the inadequate payment is due to the inaccurate valuation of the clinical paths. Although in 2005 their average value was increased, they still cover just 60-70% of the real price of treatment of a disease. Besides, an operation costs much more if it is executed in Pirogov instead of in any of the municipal hospitals, but that difference is not taken into account and the healthcare fund pays the same amount to both hospitals. Moreover, the fund does not take into consideration cases in which the treatment algorithm written in the clinical path needs to be changed because of complication of the disease. Therefore, large hospitals such as Pirogov, Alexandrovska and the regional ones accumulate the biggest debts to their suppliers, even though they accept the highest number of patients and should make a profit.Payments through clinical paths have another flaw. It is just the quantity and not the quality of the medical aid that is evaluated. Then both the hospital that uses an ultramodern echograph and the one with an old X-ray apparatus get the same amount from the fund. This approach discourages the hospital managers and forces them to save money from each test and each medicine which in turn results in less efficient treatment.Bulgaria is among the few countries in which the method of clinical paths is used to calculate the money healthcare funds pay to medical centres. In countries with a developed and modern healthcare system diseases are classified in groups depending on the treatment, tests and manipulations they need. The ranking also takes into account the stage in which the disease has been detected, the possible complications and side effects. Price is calculated on that basis, too. The ranking is unique for every state and is carried out after the whole information about the disease and the age structure of the population, the frequency of a diagnosis and the effect of the treatment applied is analyzed.Bulgaria's healthcare system will be ready for introduction of the so called diagnostically related groups at the beginning of next year, both the Ministry of Healthcare and the NHIF assure. Currently, the fund collects all necessary data for their establishment and then the new system will be tested. In order to make it start operations, however, the ministry should buy a special software and equipment and will need a completely functioning information system. Equipment for the hospitals has only been provided so far. A hundred and fifty centres received computers bought with the World Bank loan for healthcare sector reform.Once the new method of payment is introduced, the already created clinical paths will not be abolished. Like everywhere else in the world they will only be used to control the quality of medical service. They will help for monitoring the implementation of all medical manipulations and tests prescribed. A constant part of the diagnostically related groups will be the standards for good manufacturing practice developed by the experts of the Bulgarian Doctors' Union. The rating that each hospital will be given in its future accreditation will also determine the value that the fund pays for the treatment of a disease enlisted in a group.Eight hundred diagnostically related groups will probably be introduced in Bulgaria. World Bank experts think that the new system must be introduced, as the NHIF is going to pay for the whole hospital aid from 2006. Still, one problem remains. The new method will be used to determine the exact price of the treatment of a disease, but whether or not the healthcare fund will be able to pay for it is quite another question. 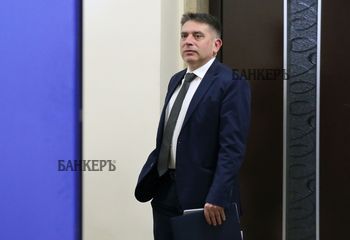 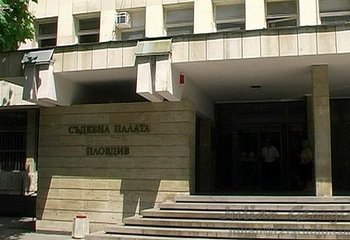