THE BANKER WEEKLY SUCCEEDED DUE TO ITS PROFESSIONALISM AND TOLERANCE

Dear Ms. Georgieva,
Dear ladies and gentlemen - bankers, journalists and politicians,
As you know BNB's Governor traditionally reads and then his speeches are published on the central bank's INTERNET website. But the occasion is different today - the 15th anniversary of our newspaper the BANKER. Although we don't hold a single share in it, it is ours. Without spending you much time I'd like to share several things with you tonight (absolutely unofficially).
I believe that hardly anyone of you thought the new fledgling on the Bulgarian mass media market - the BANKER weekly, born on April 12, 1993, would survive so many years. But probably just because it was born on the Day of austronautics it succeeded to fly so well. It was a difficult period for all media. You know how many newspapers and magazines were trying to be successful, but failed. And your paper succeeded, dear Ms. Georgieva, dear colleagues from from the BANKER, in a very difficult mission - that of financial news, the news from the financial sector and for the financial sector. This mission is not at all easy. Making business with information for financiers and from financiers is very difficult because that is quite a sensitive issue. But you made it. I'd say the media product BANKER succeeded despite of the overpopulated media environment. According to me, you succeeded due to your professionalism, but also because of the tolerance and uprightness you have had throughout all these 15 years. Uprightness not only to present true information, but to bear in mind its sensitiveness.
The BANKER has always been by us - therefore I said it's our newspaper. It has been near us and well informed about the problems of the country's economy and the Bulgarian banking sector. The weekly has managed to find the balance between the information (because mass media should inform first and foremost) and the good analysis and stance which a serious media should express,
Finally, I couldn't but say something connected with the standpoints you have been vindicating throughout the years. The BANKER was explicit and definite in its attitude towards several key events in the Bulgarian society and the Bulgarian banking sector. The paper assumed a decided stand regarding the necessity of consolidation and the following privatisation of the Bulgarian banking sector. That was a process without which today's banks wouldn't be such as we know them - exceptionally stable and successful. That stance was explicit and definite, although during that time we have seen various articles and standpoints of various lobbies which were reflected in other mass media.
As Governor of the central bank I cannot but mention the paper's position during the debates for the introduction of the currency board arrangement in Bulgaria and the necessity of its operation in the country. I think the media successfully identified what would be good for the society and upheld it. The BANKER has remained unchanged as such till today.
The central bank speaks little but follows closely the processes. The weekly didn't venture to just reprint any of the multiple articles, appearing in the country and abroad which could have somehow eroded the trust in the currency board. On the contrary. I want to stress once again that the BANKER and the team which works for it has always been very staunch in that respect.
The newspaper has always supported the need of leading strict and prudent fiscal policy. Even though the main group of readers includes commercial banks, you have never felt uneasy supporting the central bank even when it was applying unpopular decisions. Especially in the years since I became BNB Governor in 2003, including the so unpopular raise of the minimum mandatory reserves a few months ago. Our media - the media that we all like and read, supported the idea that the central bank was the only arbitrator on these issues that concern our market.
I cannot but say that in these years it has been very difficult to strengthen the independence of our central banking institution and the independence in making its decisions and holding the views of its members.
I would like to express special gratitude on behalf of the Board of Governors of the central bank to the BANKER weekly because of its firm position regarding the commissioned initiatives against our central bank. You know that during the years there have been many initiatives of the kind as well as many cases that were quite transparent - both involving senior representatives of the institution and our central bank. Legal cases have been going on until recently. Fortunately, we won them all. The BANKER was the media that not just marked the existence of such problems, but also told about their essence in great detail - where they came from and what caused them, and it was trying to express a position.
In conclusion I would say that I'm expressing this position not just for personal affection but mostly for my huge respect towards the highly educated, enlightened readers, the readers of your newspaper.
Thank you on behalf of the Board of Governors of the Bulgarian National Bank and - if I could dare - on behalf of the bank society, for the professional work you have been doing these 15 years. Finally, I would like to wish the whole team of the BANKER future achievements, because the newspaper is not the computers and the desks in the editorial office. The newspaper - it's the people, all those journalists who contributed to its success. Congratulations and good luck! 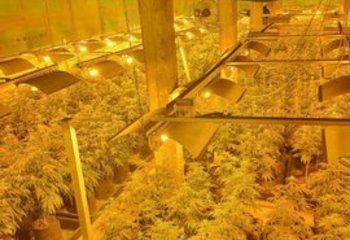