STATE TO SELL SHARES IN OZK THROUGH A NEW SCHEME

The Privatization Agency (PA) declared the state-owned stake in the Kurdzhali-based OZK non-ferrous metals plant for sale again. It first tried to sell the 1.46% stake in May 2000. Then shares had to be sold on the stock exchange. But because of the low prices of submitted offers, shares were not listed on the privatization segment of the Bulgarian Stock Exchange.
Now the papers are being prepared for the centralized tenders of the mass privatization where they will be traded against investment vouchers. They will probably draw attention on the tenders since OZK is one of Bulgaria's large non-ferrous metals producers. Prices, however, will hardly exceed 30 vouchers per share, although the last registered stockmarket price was BGL25.10. It should be noted that deals with shares of the Kurdzhali plant have not been signed since July, 2000.
The small interest in OZK shares results from the 10-time raise of its capital in January 2000 up to BGN2,103,340, through a new issue with BGL1 face and issue value per share. Then the state did not take part in the procedure and its rights were used by the big private shareholders in the plant. OZK's market price fell to BGL2-3 per share and the state-owned stake shrank from 14.6% to 1.46 per cent. Kurdzhali Invest, which controlled 5% of OZK, subscribed for nearly 1 million shares of the new issue and its stake reached 47 per cent.
OZK-98 MEBO company, which held 52% of all shares saw its stake cut to 28 per cent. Other two companies also acquired shares of the plant. The Cyprian off-shore firm Enist Holding received 9.99% after subscribing for over 200,000 shares of the new issue, while the Economic and Investment Bank bought 9.92 per cent.
The past year was definitely good for the plant. High prices of lead and zinc helped it realize sales revenues of almost BGN50M in the first half of the year only. The profit of the company amounted to BGL909,000 (BGL0.43 per share) for the same period. 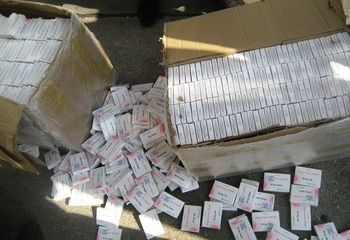