The insanely high garbage fees in the capital city of Sofia will continue in 2013. But this does not mean that the city will become cleaner and greener. Tens of millions of euros will actually go in the trash bins as metropolitan authorities again have decided to apply a model of waste management from the first half of previous century. This stems from the report of the deputy mayors on ecology and finance - Maria Boyadzhiyska and Doncho Barbalov who explains their plan for 2013 in this sector.

The document clearly shows that Sofia will remain the only European capital where the charge for domestic waste is not formed depending on the amount of individual junk, but on the value of the property. In Bulgaria it is irrelevant whether in a flat they live one, five, or ten people, or the premises are entirely unoccupied - in each case the housing unit pays the same amount. In other words, the principle of polluter pays in our country has been replaced by the property pays. So the garbage fee becomes a second property tax. It is inconceivable that the Law on Local Taxes and Fees determined that the main criterion for the amount of the garbage is precisely the amount of waste generated and the use of other indicators (such as tax assessment) is only an alternative provided for when they can not determine exactly how much garbage people generate. City leaders have no right to choose between the two - they are required to introduce the first priority, but if for some reason it is impossible - their decision must be justified in writing.

The grounds of Boyadzhiyska and Barbalov simply state that at this stage the quantitative method is impossible, since most of the properties of the citizens are located in multi-storey buildings. The currently applied scheme for waste collection lacks technological opportunity for establishing the quantity of waste generated by each property unit separately, they state.

Various experts, however, believe that the amount of waste that households produce, can be measured in at least ten ways applied across Europe. Apparently the problem is that councilors do not want to introduce them. Much easier and more profitable to them will be to tiew the fees with the tax assessment of the property units.

The quoted report confirms this conclusion. It says that the total tax assessment of Sofian citizens' property for next year is 42.9 billion lev (by 3 billion more than this year's level). Expected revenues from waste tax are 52 million levs. Interestingly, the amount is equal to the revenue expected for 2012, although the property has increased in price.

Accounts become more baffling when the proceeds from companies are considered. For 2013 the non-residential estate firms are estimated to possess property for 21.5 billion lev, which is over 7 billion more than in 2011. But the expected revenue from garbage fee again remains unchanged - about 133 million levs. It still has a logical explanation - unlike individuals, companies can avoid the charge by stating estimated amounts of waste. In this case, the companies pay for the number of their containers and the frequency of their transportation. This possibility, however, is mostly beneficial for companies whose buildings have an estimated value of over 1 million lev, but they form only 5.5% of all property units.

Whatever financial predictions are made, however, one thing is clear - Sofia next year is going to collect at least 185 million lev for waste management which seems to be not enough for introducing a more modern scheme. 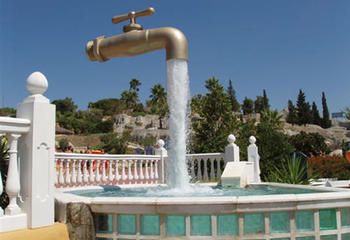 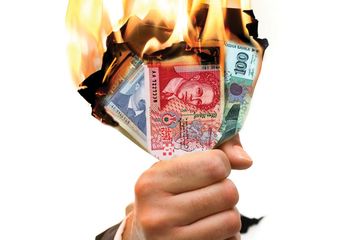