Is the national or the private interest more important for a government official? The answer to this question has long been known, but in the next few months a newly formed parliamentary inquiry committee will talk the why and how in 2005 the airport in Bozhurishte was sold to a private investor.

Meanwhile, the BANKER found many interesting companies and individuals associated with the buyer - Industrial Park Sofia. The main owners of the total of 6.9 million shares of the company are several Italian companies. Half of securities are held by Finanziaria Internazionale Real Estate, 5% - by Finanziaria Internazionale Holding, while with 10-percent stakes are Balkan Immobiliare, Partimesti General Beton Triveneta, while Itanos Investimenti holds another 5 percent. The common thing between them is that they are registered in different small towns of the administrative area of Treviso and are represented by lawyers from Ligal Advice LTD. The remaining 10% are in the hands of several smaller majority shareholders, including the registered in Luxembourg Ekoinvestmant International and the lawyers Borislav Boyanov and Jordan Naydenov. Whether they represent themselves or someone else in this deal is not quite clear. A far more interesting is another name of the board of directors of the Industrial Park Sofia - Georgi Hristov Kirchev. A check in the information system Daxy shows that the businessman is involved as an owner in over 20 companies and is in the management of almost as many. The most famous of these is Hrisoma Ltd., in which George Kirchev is a partner with Maya Hristova Kircheva. He was co-owner of the building on Alabin street in Sofia which collapsed in 2006 and buried two young girls.

Hrisoma was part of another scandal in 2000. Then as a member of the socialist party Emilia Maslarova announced that this company was involved in illegal deals with men's coats imported from Nis, Macedonia. They were cleared at the customs at the funny price of nine German marks each, and sold for about 300 dollars. At the same time, Hrisoma was listed as one of the main sponsors of the Foundation Future for Bulgaria, which was founded by the wife of former Prime Minister Ivan Kostov - Elena Kostova. These allegations have not been proven, but registers on paper says that Maya Kircheva is the sole owner of FBB Ltd. - a subsidiary of the Future for Bulgaria.

In 1998, by decision of the Municipal Council, Hrisoma and the state-owned Narmag set up a joint company Vitosha 13 initially including four state stores. A year later, 75% of Narmag were sold to the company Tikotak owned by Lebanese Gazuan Ahmed Sharaf. One should follow all these connections far back in time, because the name Sharaf itself was involved in operations that are strikingly reminiscent of that with airport Bozhurishte. In 2005 he bought more than 10 thousand decares of forests near Svogbe (then the mayor was Emil Ivanov, who later, as governor of Sofia region blessed the deal for the airport in Bozhurishte) . It is said that part of the area was replaced with properties in Tsarevo, Black Sea coastline, but anything like that was reflected in the municipal office in Svoge. During the government of the Simeon II National Movement Sharaf acquired several large military fields. He won the auction for a plot of 35 decares in the metropolitan district Sitnyakovo for 39.6 million levs without VAT, which then he resold to German funds at a far higher price and now there stands Serdica Centre shopping mall. Through direct negotiations with the military department Sharaf acquires also the hotel complex Smokinite near Sozopol with a total area of 128 decares for the modest sum of 10.5 million levs. The complex was formerly owned by military factories Terem.

Trade relations of Mr. George Kirchev, though are not limited to Sharat and Future for Bulgaria. Together with her husband MEP Nadezhda Neynski, Svetlin Neynski, Mr. Kirchev participated in the board of Pazardzhik furniture company Diana 91. In Grand Investment his partner is Todor Gergov, brother of the famous media tycoon Krasimir Gergov. The Company has recorded as main activity trade, construction, hotels and restaurants, but the business did not seem to work because in August this year a distraint on the shares of Kirchev was imposed in favour of Erste Group Immorent Bulgaria Ltd.

It seems that the Bulgarian-Italian connection in the Industrial Park Sofia is quite complex and has deep political roots. Otherwise, the ground on which the airport is located is extremely attractive: located next to the main road to Kalotina it is next to a railway stretch and is a few metres away from the logistics terminal Schenker. The most important thing is that next to it the state is currently building a new industrial zone. After its completion the area will certainly become increasingly sought after by various domestic and foreign companies. 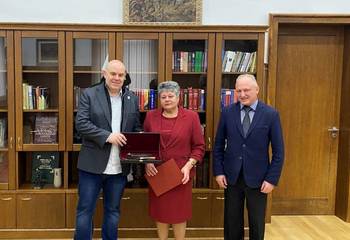