SIPHONING OF THE HEALTHCARE FUND GOES ON

The inspectors of the National Healthcare Insurance Fund (NHIF) accomplished 1,040 examinations in 227 hospitals and diagnostic centres in the first half of the year, fund officers told the BANKER weekly. The experts found out 2,920 violations. The requirements for quality and amount of medical assistance have not been met in 1,723 of the cases. The remaining 1,197 violations refer to financial abuses. The fund imposed an average sanction of BGN505.40. From the beginning of January until the end of June BGN382,595 have been added to the fund. The money came from restored amounts that have been taken illegally and from imposed sanctions. It becomes a tradition for the banks to report activities they have not accomplished and not to make all tests or manipulations that are obligatory in the treatment of certain diseases. The inspectors found out that patients were often discharged from hospitals without having signed their epicrises. According to the experts, this is a sign that patients are not informed about the treatment and the results from it. The revision of the documents also showed that usually doctors fail to make the two controlling examinations after the patient is discharged, for which the fund pays them. There are also cases in which hospital directors do not inform the NHIF that their equipment is broken and they are unable to make some of the tests. They keep claiming they were doing everything stipulated by the clinical paths. Despite these conclusions, the fund has not terminated even one of its contracts with doctors, hospitals or medical centres because of repeated violation of the rules. Even though it has a right to do so. There is a paradox: the NHIF director Ivan Bukarev says there is no hospital that is strict in observing the regulations and at the same time he does nothing to stop that practice. What is more, the NHIF signed 477 new contracts in the first half of 2005. It is obvious then that there are enough candidates to siphon money from the healthcare insurance fund. 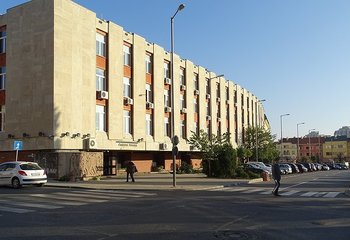