Discontent among the Bulgarian banks was caused by the results of the tender for servicing the accounts of customs offices. Everything seems calm on the surface but according to employees of the Customs Agency, some discontented financial institutions have already set in motion levers in order to invalidate the results of the bidding, after which the 125 local structures of customs offices were distributed evenly among BULBANK, DSK Bank, Biochim Commercial Bank, ROSEXIMBANK, and EIBANK.A few days before Emil Dimitrov filed his resignation as director of the Custom Agency, he and his deputy Bogdana Jonova sent letters to the five banks, specifying which 25 customs would each credit institution service.Representatives of the five banks were invited to a special meeting with Mr. Dimitrov. The meeting was prompted by a letter from the Deputy Finance Minister Kiril Ananiev to the Customs Agency, dated February 15, 2002. The letter instructed the commission, chaired by the Customs Agency Deputy Director Joneva, to specify which bank would service the accounts of each of the 125 customs' structures on Bulgaria's territory.The Finance Ministry rejected Mr. Dimitrov's idea that one customs office should have accounts in several banks, which would effect the remittance of revenues into the budget. Presently, the customs at the Sofia Airport, for example, operate with BULBANK only, and the accounts of the strategic customs office in Svilengrad are serviced by EIBANK only. According to financiers, however, there are no legal hindrances for one customs office to open accounts in more than one bank.During the meeting between Mr. Dimitrov and the five banks' representatives it was proposed that the financial institutions should agree between themsleves and distribute the customs offices to be serviced by each of them. Most bankers, however, wanted this to be done by the Customs Agency, confirming that they would submit to its decision.According to Customs Agency insiders, BULBANK's managerial team was discontented with the distribution of customs offices, as the bank had been so far servicing most of the accounts. There is even some talk in the agency that the top Bulgarian credit institution intends to instigate a new bidding. However, BULBANK's managers, who preferred to remain anonymous, informed the BANKER weekly that they did not intend to attack the results of the tender and would accept the decisions of the Finance Ministry such as they are.Regarding Biochim, its managers have every reason to be happy with the results, as the bank will undertake the servicing of the biggest border check-points. The effective legislation grants Biochim preference, because under article 30 of the Ordinance for border check-points, their accounts can be serviced only by banks with prevailing state participation. It is another question how reasonable this provision is, having in mind the fact that most of the local credit institutions are already private. This stipulation predetermines that Biochim would lose the attractive customs' bits as soon as it is privatized.DSK Bank, which was also considered to be one of the favourites for servicing the accounts of border check-points, got the more meagre pieces. It will be servicing the accounts of only 18 border check-points. According to inofficial information, DSK Bank lost some of the check-points because it proposed 12-hour working day for its branches, while the requirement for them was to be open round the clock.The tender results are accepted very calmly by ROSEXIMBANK, as the credit institution gets for the first time a chance to service 25 customs' structures. The bank's managers have been informed that there might be some delay of the procedure for signing the contract until the recently appointed Director of the Customs Agency Assen Assenov gets his bearings in the situation which is new for him.The distribution of customs offices' accounts injures mostly the interests of BULBANK and EIBANK, whish are presently servicing 90% of the local customs' structures. Some Customs Agency insiders suspect that the two financial institutions' interests can be seen through the letter of the Deputy Finance Minister Ananiev to the agency. The letter reads that it won't be expedient for the customs to change the banks, which are servicing their accounts. According to Mr. Ananiev, such a change should be made only if objective reasons exist, impeding the normal servicing, such as the close-down of a bank's branch or unfulfilment of the undertaken commitments. 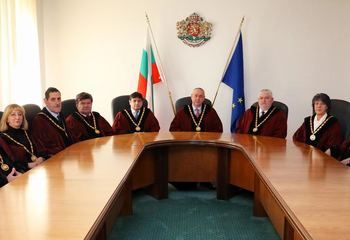 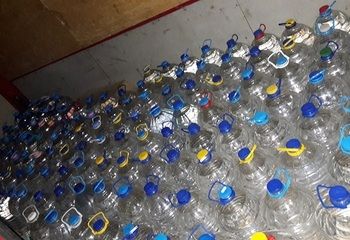 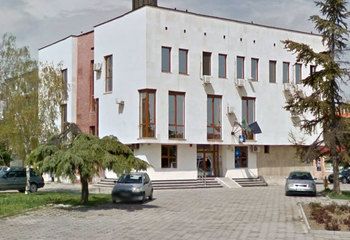