SCEWR HAS RECOMMENDED: ENERGY COMPANIES TO MAKE REPAIRS WITH CREDITS

The State Commission for Energy and Water Regulation (SCEWR) is again facing a difficult rebus regarding the new electricity prices to be in force as of October 1. The experts from the SCEWR muddled in their alleged attempt to balance between the interests of consumers, producers, and electricity distribution companies. During the public discussion in the beginning of the week it became clear that nobody was satisfied with the new energy prices. The price hike (by 16% per kilowatthour) will affect more than 500,000 small and medium-sized firms, using low voltage electricity, and about 8,000 connected to the medium voltage network, which will be paying 5% more than now. Obviously, it is difficult for the SCEWR to find a balance between the demands of the owners of electricity distribution enterprises and the social pressure, and through the small firms aims to compensate the 16% rate of return for the electricity distributions companies, included in the regulatory framework. If we find even the least formal occasion to attack these prices in court, we'll do it, said Teodor Dechev, Deputy Chairman of the Union for Private Economic Enterprise (UPEE). This is a real discrimination against the private sector. If we are going to create a liberalized market, then new subjects should participate in it, Dimiter Buchkov, an expert with the parliamentary energy commission was adamant. The BANKER weekly has written many times that the small and medium-sized companies will be the ones to bear the brunt as a result of the attempt to maintain the price of electricity for households unchanged. For the time being, households won't be paying more, but this is not quite true. The cheap 50 kilowatthours from the night tariff for consumers who don't have central heating, will be eliminated as of October 1. According to experts' calculations, this measure will affect about 82% of the population and will result in higher electricity bills. In fact, there is hardly anyone in Bulgaria who has failed to realize that all efforts for maintaining the prices of electricity for households unchanged are a lost cause. Under the undertaken commitments to the World Bank, the cheap 75 kilowatthours, each of which costs BGN0.098, will mandatory be eliminated as of October 1, 2006. The fee for electrometers, for which CEZ and EVN have insisted, will be probably introduced then, too. A still more unpleasant scenario is if prices for households go up as of the beginning of 2006. The reason is that under extraordinary circumstances the electricity distribution companies may ask for a change in the -approved prices. The price increase of fuels or serious natural disasters as the floods in the country this summer could be such circumstances for instance, Ignat Tomanov, Deputy Chairman of the regulatory commission, explained to a reporter of the BANKER. We count that Bulgaria's population will be more solvent with the country's accession to the EU. But we'll hardly be able to maintain the present prices for 2007 as well. Brussels will probably press us for higher ones, as they are doing now with its ten new members, SCEWR's Chairman Konstantin Shoushoulov admitted frankly. It is interesting, however, why the commission has decided to lay the burden of this autumn's price hike on the small and medium-sized enterprises, instead of distributing it evenly between the various participants in the market. The argument that the price formation was a subject to a strict economizing regime along the production - transfer - distribution chain did not seem convincing at all. Especially, after electricity generating stations also protested against it. The top domestic electricity producer - the Kozlodoui N-plant - complained that not all expenses of the power station were taken into consideration when forming its production prices. You are advising us not to pay for the transportation of exhausted fuel, which is our obligation under an international contract and part of that money has already been remitted, Kiril Nikolov from Kozlodoui said. We won't leave the exhausted fuel on the site. But your enterprise sponsors all festivals and contests in this country. You should find reserves with you first of all, and with us afterwards, Prof. Shoushoulov answered back.The National Electricity Company (NEC), on its part, rumbled that only its balance sheet for 2005 was taken into consideration when setting the regulatory framework for 2006. Or export in 2006 will considerably differ from this year when we exported much electricity, generated by hydroelectric power stations and it won't happen again next year. Moreover, two units of the Maritza Iztok 2 thermoelectric power plant were decommissioned. Therefore, we'll not be able to reach even the quantity exported in 2003, NEC's curator Lilly Ivanova pointed out. The projected low rate of return - only 1.46% - may turn out a still more serious problem. The company is a guarantor for loans exceeding EUR1BN, intended for the biggest energy projects in this country, and its financial indicators are closely watched by the creditor banks. State-owned companies could expect the SCEWR to soften its stance, but private power stations could hardly rely on that. The private Dimitrovgrad-based Maritsa 3 thermoelectric power plant has clearly expressed its dissatisfaction that the commission has reduced by half the planned expenses of BGN4.5MN for the repair of its 120-megawatt unit. On top of all the money earmarked for transportation of coal were cut down. too.Draw credits with a grace period and advantageous interest rates, Prof. Shoushoulov advised. The SCEWR will probably propose the same solution to the problem next year when household consumers will be burdened by much higher energy prices. 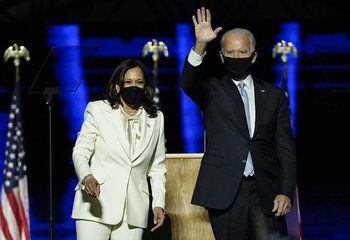