Rodina Savings Cooperative Pension Insurance Company signed a contract with DSK Bank, according to which the former savings bank will be its insurance intermidiary and will submit to its disposal its branch network. As from November 22, anybody who wishes to start pension provisioning with the company will be able to do so at each of the 28 branches of the former savings bank in Sofia and Plovdiv District, said Ludmila Vekova - Rodina Managing Director to the Banker weekly.

Both financial institutions have planned the services to be offered at special counters in all branches of DSK Bank by specially trained officers. Rodina has planned to train such experts for all the 1100 branches of DSK Bank throughout the country. Besides additional pension insurance, they will also accept applications for the professional and universal fund of the company.

The company was registered three years ago. Since March 1999 its main shareholders are Bulgarian American Investment Fund (48.25%), DSK Bank (47.25%) and Central Cooperative Union (4.5%)

Almost half of Rodina assets are denominated in USDollars and Euro. Company management is convinced that this is the best way to protect its customers from eventual devaluation of the national currency. Guaranteed annual yield is 6%. The company works with well established banks as DSK Bank and Bulbank. They have good reputation in the country and are respected by the customers. Rodina works with stable investment intermidiaries, like BNP Dresdnerbank, Raiffeisenbank, Municipal Bank, which are experienced players both at the local and international financial markets. 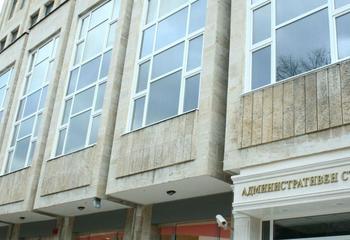