There is logic in Parliament's decision to rescind the deals closed on the local commodity exchanges under the Public Procurement Act, traders comment. Some of these deals were indeed effected in order to benefit a certain participant and did not practically solve the problems, resulting from the departmental tenders, held in compliance with the Public Procurement Act. For a long time there have been rumours about violations and winners chosen in advance, which the commissions with the respective institutions only legalize, about huge kick backs, etc. The only difference between the two ways for effecting supply under the Public Procurement Act so far was the possibility to cancell a decision that has already been made, and in the terms for fulfilling the order. For the departmental tenders a legal procedure for litigation is stipulated, while the exchange arbitration is used for the same purpose in the case of commodity exchanges. In addition, the term for the tenders was 35-40 days at least, while public procurement orders could be traded within a week on the exchange. In fact, this was the way for realization of individual urgent deliveries. According to brokers, however, the amendment to the Public Procurement Act will put an end to the exchange trade in the country. The situation will reverse to that of two years ago when deals on the exchanges were closed very seldom and the turnovers were trifling. Traders will again go back to the well-tried expedients and ways for winning tenders under the Public Procurement Act, and only trade in grain and sale of goods under governmental programmes will remain on the commodity exchanges. But even they may drop off. Last week the State Reserve's head was dismissed by the Government with the motive that he had not ensured the import of 100,000 tons of wheat after the sale of the first deblocked quantities. Until then the State Reserve claimed that delivery of soft wheat at USD130/ton had been negotiated and that the deal in it was closed on the Plovdiv Commodity Exchange. However, it turned out there was no such a thing and there could not be having in mind the situation and prices on the international markets. And although the commodities are not to be blamed for that fallacy, the fate of trade in grain from the State Reserve is questionable. The choice of the moment for rescinding trade under the Public Procurement Act on the commodity exchanges is not accidental, and the aim is not to set limits to shady deals, brokers underline. In mid-December most state-run structures have free money resources which they could have spent by the year-end only on the exchanges. By the impossibility to use that option, most of that money will now remain unutilized and will go back to the Treasury. There is not enough time to invite and finalize tenders as at least 35-40 days are necessary for that. Thus, the problem regarding the BGN70MN shortage in the budget for 2004 will be solved to a certain extend. At the same time a number of other questions arise. E.g. why Bulgaria's economy has been acknowledged as a functioning market economy and we do not have a developed commodity exchange trade? Do we need a public commodity market at all or shall we continue like that even after the country joins the European Union? What is the Government's fault for the present situation as nothing has been done for passing a new law on the commodity exchanges, having in mind that the effective one is of no use any more? Can anyone tell today who controls local commodity markets after the mandate of the State Commission on Commodity Exchanges elapsed in May 2002?

Ognyan Minchev: Borissov Will Foot the Bill for Governing the State under Dogan's Auspices 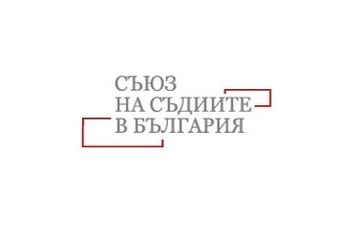 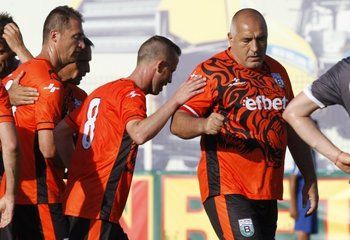