PRIVATISATION WILL NOT BE THE SAME TOMORROW

Despite last year's accelerated sale of state-owned assets, the most lucrative monopoly structures - the Bulgarian Telecommunications Company, Bulgargas, the seven electricity-distribution companies, Navigation Maritime Bulgare, and several attractive thermoelectric power plants - have remained to be divested. No more is required for a serious interest in the future of the Parivatisation Agency (PA), which was set up by a special act and is directly subordinated to the Council of Minister.
It is true that PA's legal rights were cut down by the latest amendments to the Privatisation Act, passed in end-2000, and by PA's new organizational regulations, approved this year. Large privatisation deals became a prerogative of the Council of Ministers. However, this does not mean that the bargaining which will be held at the PA can be belittled. If the PA is transformed into a ministry, its Executive Director Levon Hampartsumyan, who is presently off to BULBANK, might well change his mind.
There will be no problem for replacing the other members of PA's Executive Board, appointed by Ivan Kostov's Government - Madjide Ahmedova and Plamen Stoilov - as they are not state officials. The same holds true in respect of the 7-member Supervisory Board of the PA. Under the latest amendments to the Privatisation Act, the Supervisory Board is both appointed and dismissed by the National Assembly.
Art. 12, item 2 of the Privatisation and Transformation of State and Municipal Enterprises Act stipulates that the members of the Supervisory Board are mandatorily dismissed by Parliament when: they have violated the Privatisation Act, have deliberately committed a crime for which a sentence has been enforced, or when it is impossible for them to fulfill their obligations. In other cases, the replacement of Supervisory Board members (under Art. 12, item 3) is also effected by a decision of the National Assembly. In other words, if the governing majority wants to get rid of Dimitar Bachvarov, Gavril Gavrilov, Iliya Maslarski, Yossif Iliev, Radost Vulcheva-Gencheva, Sabri Sabri, and Stanislav Dimitrov, it could do so within a few minutes at any parliamentary session.
No more than 50 of PA's almost 100 employees enjoy the statute of state officials. And although they are protected by the law, they also have fears regarding their positions.
The name of PA's new head is not yet known, but contrary to circulating predictions, it will not be the MP from the National Movement Simeon II (NMSII) Dimitar Stefanov, who chaired PA's Surevisory Board during Jan Videnov's government. In front of the BANKER weekly Mr. Stefanov flatly denied to have been offered such a position or to have discussed the possibility of becoming BNB's governor, as it was rumoured. The BANKER also learned that the NMSII has already drafted a bill on post-privatisation supervision. 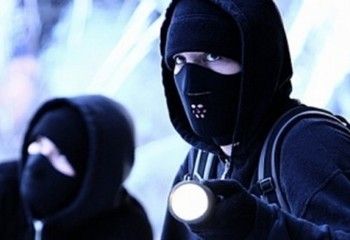