Strange as it may sound, in the age of digital communications, instant chat over the internet and all sorts of other ways for fast communication, the postal market in Bulgaria continues to develop, and at very decent pace. According to the latest report by the Commission for Regulation of Communications (CRC) on the sector, the number of postal operators in the country increases. At the end of 2013 a total of 134 companies operated on the market, or 17% more than a year earlier. The 19 new players are in the field of courier services required due to this single notification regime and especially due to the relatively low level of initial investment.

Indeed, this is difficult to be defined as a boom, but revenue from postal items and services have increased from 245 million to 258 million levs. On top of that, the turnover increased significantly regardless of the dropping number of items shipped - 175 million items against 182 million during 2012. This clearly shows that the value of a consignment carried increased and indirectly suggests increased confidence in companies in the sector.

Courier services continue to lead the market with an annual 65% of total turnover. Mail generated 15% of revenues, remittances accounted for 3%, direct mail advertisement had a share of 1 %. Actually there has been change compared to last year only in two segments. By 3 % has fallen the share of the "hybrid mail", which mainly includes utility bills delivered to their home addresses. In the same time this was the increase of parcel deliveries in the country and abroad - a sign of increasing mass influx of e-commerce in the country.

In practice, it is in the trade over the Internet network where the postal flourishing lies. In late May, the CEO of "Post, E-commerce and Parcels" in Deutsche Post DHL Juergen Gerdes presented a very interesting study - Global E-Tailing 2025. It predicted that online shopping in 2025 will reach 40% of total trade in developed countries and 30 percent in developing. To a great extent it confirms what is happening in Bulgaria. According to the National Statistical Institute, eCommerce in the country is now with a share of about 1%. During 2013 a total of 683 thousand. Bulgarians have benefited from it, which is an increase of 3 percentage points over the previous year. Expectations of experts are that by 2015 shopping via the internet from home will reach 15% of the retail, which will certainly have an impact on the development of the postal sector.

"Despite the reduced consumption in traditional stores in the last three or four years internet sales rose continuously. The crisis played a positive role in the development of online trading, as this was one of the alternative methods of preservation and development of the business. Huge role had also the introduction of mobile technologies that changed the thinking of both the customers and the companies. But yet the internet market is to grow and develop," Dora Vasileva, Chairwoman of the Management Board of the Bulgarian Web Association told recently the Banker.

All this, of course, is profitable for the companies that play in the postal market because they are mediator between buyers and sellers. And in this situation, however, the state operator - Bulgarian Posts hardly breathes under the pressure of competition. Judging from the data of the CRC, in the segment of packages of up to 20 kg (the most popular items purchased over the internet) positions of the state company are weaker and it drastically reduced its share from 73% to 25% in a year. The money here is not to be underestimated - in 2013 the income generated from the provision of parcels amounted to 11.7 million levs (9.3 million levs for deliveries in the country and 2.4 million levs - abroad). The winning companies, of course, are the main competitors - Econt Ltd., Tip Top Courier AD, MiBM Express Ltd and Star Post LTD.

Bulgarian Posts continues to lose positions also in the segment of the "money orders", where in 2013 the turnover was 8.5 million levs. Out of an 85-percent share in 2012 now the operator decreased it to 67%, and there is a threat in this case, too, to lose its leadership. In the segment of courier services, hybrid mail and direct advertising postages, with its negligible share of 4 percent, the collapse of the company is complete though there over 200 million levs circulated out of the total 258 million levs last year.

Ultimately, the financial statement of Bulgarian Posts shows that its loss has increased from 2 million to 3.144 million levs. It is a small consolation that for the first five months of this year the company came out ion the black figures with a profit of 512,000 levs. In March this year the Bulgarian Central Bank refused to issue a license to it for carrying out of activities of a payment institution. 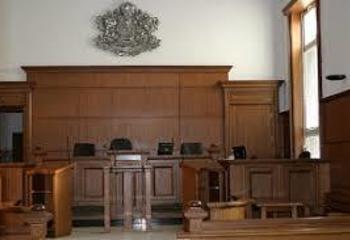